US lawmakers want Trump to explain giving intelligence to Russia 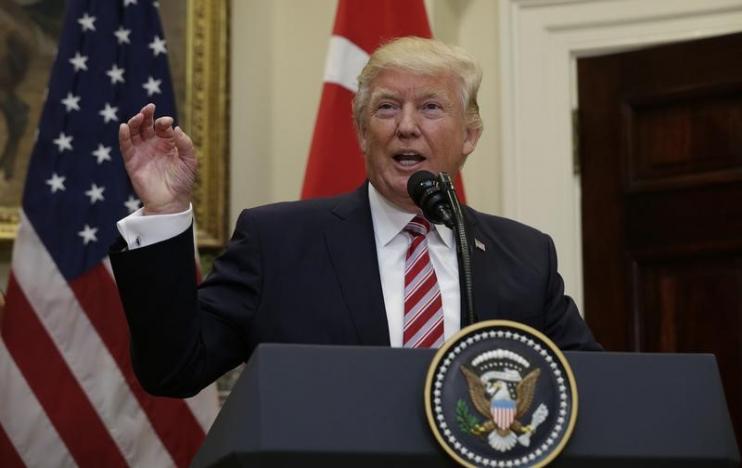 US lawmakers want Trump to explain giving intelligence to Russia

WASHINGTON – President Donald Trump came under pressure on Tuesday from U.S. lawmakers, including his fellow Republicans, to explain why he shared highly sensitive intelligence information with senior Russian officials at a meeting in the Oval Office last week.

The officials said the information had been supplied by a U.S. ally in the fight against the militant group. The New York Times identified the ally as Israel but two U.S. national security sources said they doubted the report.

The disclosure rocked the administration as it struggled to move past the backlash over Trump's abrupt firing on May 9 of FBI Director James Comey, whose agency was investigating potential ties between Russia and Trump's 2016 presidential campaign.

The Senate Intelligence Committee has asked the White House for more information about reports that Trump gave intelligence information to the Russians, a spokeswoman for the panel said.

Congressional investigators are expected to seek copies of any notes taken during the meeting, a congressional source said.

While not unprecedented, it is a rare privilege for a foreign minister to be granted bilateral talks in the Oval Office with a U.S. president.

Trump said on Twitter on Tuesday he had an "absolute right" to share facts with Russia so that it can be more active in fighting Islamic State militants.

A U.S. president has the authority to disclose even the most highly classified information at will, but U.S. and allied officials said that by giving information to Russia, Trump had endangered cooperation from an ally that has intelligence on Islamic State.

U.S. Representative Barbara Comstock, a Republican, called for a closed-door briefing for lawmakers.

"We need to have immediate classified briefings on what occurred at this meeting so that Congress can at least know as much as Russian leaders and know the impact on our national security, our allies, and our men and women protecting our country," Comstock said in a statement.

Trump took to Twitter on Tuesday to defend his actions.

"As President I wanted to share with Russia (at an openly scheduled W.H. meeting) which I have the absolute right to do, facts pertaining to terrorism and airline flight safety," Trump tweeted. "Humanitarian reasons, plus I want Russia to greatly step up their fight against ISIS & terrorism."

Islamic State, or ISIS, holds territory in Iraq and Syria and is a common foe of Moscow and Washington.

Trump has frequently said he wants to improve U.S. relations with Moscow, damaged by years of disagreement over Russia's role in Ukraine and its backing for Syrian President Bashar al-Assad.

National security adviser H.R. McMaster said Trump did not know the source of the information he disclosed to the Russians.

"The president wasn't even aware of where this information came from. He wasn't briefed on the source and method of the information either," McMaster told reporters. "What the president shared was wholly appropriate," he said.

"I would hope that at some point the Republicans will join with the Democrats and say, 'Look, we've got to address this.' This is indefensible," Cummings told MSNBC. –Reuters