Why the US is a major roadblock for oil output freeze 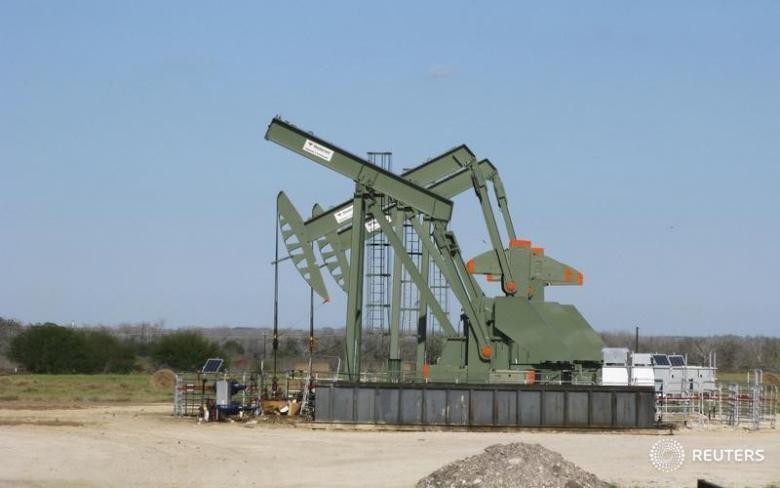 Why the US is a major roadblock for oil output freeze

LONDON – The price of oil has been caught in one of its most volatile couple of weeks in months after OPEC and rival Russia hinted they may discuss a possible output freeze, as demand slows and a global surplus becomes more entrenched.
The Organization of the Petroleum Exporting Countries and Russia meet on the sidelines of the International Energy Forum in Algiers in two weeks' time. The pressure is mounting on both sides to not only freeze output, but possibly even cut it. Whatever the rival factions decide, one producer has managed to top them all in terms of production growth over the last five years and will never be likely to join in any group efforts to control supply. And that is the United States. Since 2010, thanks to the boom in shale oil production, the United States has witnessed more growth in daily output than any other major producer. U.S. oil output is around 2.87 million barrels per day higher now than it was six years ago, compared with an increase of 2.47 million bpd from Saudi Arabia and a rise of 1.9 million bpd from Iraq. In fact, the increase in U.S. production is only just above the collective increase for the whole of OPEC, which comes in at around 3.15 million bpd. "If OPEC were to cut its production in Algiers, or really freeze its production, then prices would rise, and what producer would benefit the most rapidly from those high prices? It would be the U.S.. We would be back soon enough in a situation where the U.S. will move toward its previous boom-rate of growth and therefore start absorbing market share again," Wood Mackenzie analyst Ann-Louise Hittle said. "It’s another reason why it's difficult for OPEC to agree to a freeze" she said. "The U.S., especially now that it can export crude, is a global threat to market share, it’s not just a threat indirectly through product exports any more." In November 2014, OPEC ditched its policy of restraining supply to support the price of oil, which has fallen by more than 40 percent since then to around $46 a barrel LCOc1. Increases in the likes of Saudi Arabia or Iraq have been countered by losses in Libya and Nigeria or Venezuela, while Iran is just about approaching output levels registered prior to the introduction of Western sanctions in response to Tehran's nuclear program that were lifted in January 2016. Russia, the world's largest producer, has managed to add around 550,000 bpd to its daily output in this time and although Energy Minister Alexander Novak has said a freeze would "help markets", enforcing such a limit could prove tricky. "The structure of the U.S. oil industry and the high number of players involved in U.S. crude production would simply not allow for a freeze," JBC Energy senior analyst Alexander Poegl said. "How would you limit production growth, as there is no provision for the government to enforce this?" Poegl said. "This is the same argument Russia has used in the past, to a certain extent, although in Russia, where you have a limited amount of players that are highly connected to politics, it is potentially still easier than in the U.S." –Reuters