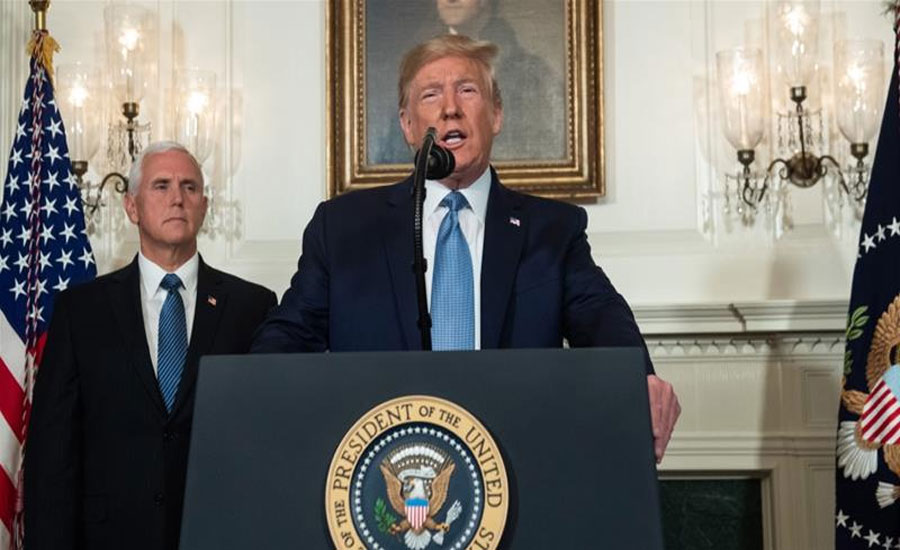 He called for mental health gun control reforms, the death penalty for those who commit mass murder and more bi-partisan co-operation over gun laws. "Mental illness and hate pull the trigger, not the gun," Mr Trump said, speaking at the White House on Monday. He did not express support for gun control measures proposed in Congress. "In one voice, our nation must condemn racism, bigotry and white supremacy," Mr Trump said on Monday. "These sinister ideologies must be defeated. Hate has no place in America." His comments came shortly before the suspect in the El Paso, Texas, shooting was charged with capital murder. El Paso police also confirmed on Monday that two more victims died in hospital, raising the Texas death toll to 22.

What else did Trump say?

The president outlined a number of policies, including more co-operation between government agencies and social media companies, changes to mental health laws as well as ending the "glorification of violence" in American culture. He called for red flag laws that would allow law enforcement authorities to take away weapons from individuals believed to be a threat to themselves or others. Mr Trump said government agencies must work together and identify individuals who may commit violent acts, prevent their access to firearms and also suggested involuntary confinement as a way to stop potential attackers. He also said he directed the justice department to propose legislation to ensure those who commit hate crimes and mass murders face the death penalty. The president criticised the internet and "gruesome" video games for promoting violence in society. "It is too easy today for troubled youth to surround themselves with a culture that celebrates violence," he said. "We must stop or substantially reduce this and it has to begin immediately." But he did not address the criticisms of his own harsh rhetoric against illegal immigration, which opponents say has contributed to a rise in racially-motivated attacks. Mr Trump drew criticism after he incorrectly referred to the Ohio city of Dayton, where nine people were killed in one of two mass shootings that occurred just 13 hours apart, as Toledo. "May God bless the memory of those who perished in Toledo, may God protect them. May God protect all of those from Texas to Ohio," he said before walking off stage. The president had earlier tweeted that lawmakers in Congress should pass background check legislation in a package with "desperately needed immigration reform". Mr Trump went on to say he was "open and ready to discuss all ideas that will actually work" and said Republicans and Democrats should "join together in a bi-partisan fashion to address this plague". SOURCE: BBC NEWS