US medic quarantined in Nebraska for possible Ebola exposure 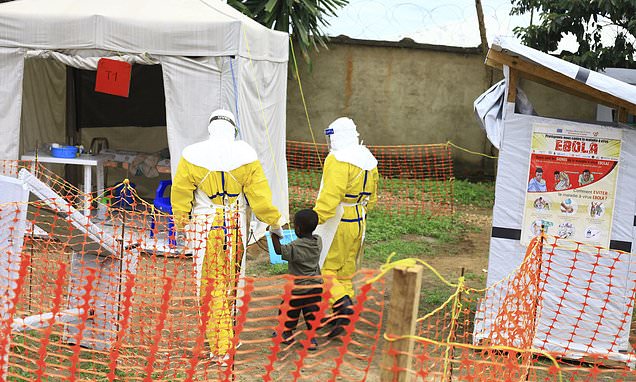 US medic quarantined in Nebraska for possible Ebola exposure

NEW YORK (Reuters) - A US healthcare worker who may have been exposed to the Ebola virus while treating patients in the Democratic Republic of Congo arrived in the United States and was put in quarantine in Nebraska. The medic, who is not exhibiting symptoms of Ebola, will remain under observation for up to two weeks at the University of Nebraska Medical Center (UNMC) in Omaha, Nebraska Medicine said in a statement. The individual’s name was not released for privacy reasons. Symptoms such as fever and abdominal pain may appear up to three weeks after contact with the deadly virus, according to the Centers for Disease Control and Prevention. Should symptoms develop, the healthcare worker would be moved to the Nebraska Biocontainment Unit, one of only a few in the United States for treating infectious diseases. The Ebola outbreak in Democratic Republic of Congo is the second worst ever and has killed 356 of the 585 people infected since it began six months ago, according to the World Health Organisation. Nebraska Medicine, a network of hospitals, clinics and healthcare colleges, together with academic partner UNMC, are among world leaders in the treatment of Ebola, which spreads through contact with bodily fluids and causes hemorrhagic fever with severe vomiting, diarrhoea and bleeding. Nebraska Medicine cared for three patients with the virus in 2014 and monitored several others for exposure during a 2013-16 outbreak in West Africa that was the worst on record, with more than 28,000 cases confirmed.