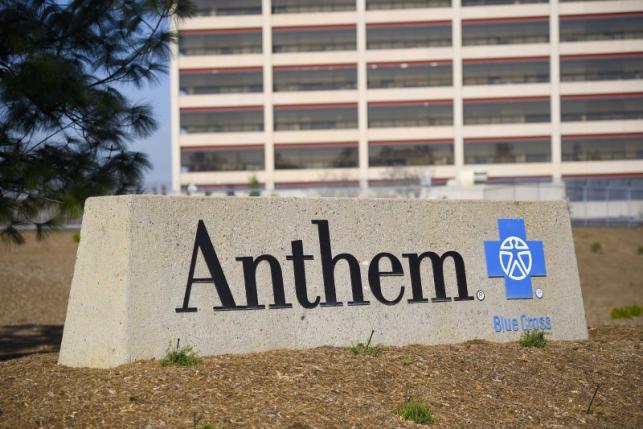 NEW YORK - US antitrust officials moved to block an unprecedented consolidation of the national health insurance market, filing a lawsuit against Anthem Inc's proposed purchase of Cigna Corp and Aetna Inc's planned acquisition of Humana Inc. The US Department of Justice said the two multibillion-dollar mergers would reduce competition, raise prices for consumers and stifle innovation if the number of large, national insurers were to fall from five to three. It was the latest example of the Obama administration challenging massive combinations in major industries, from oilfield services to telecommunications. "We will not hesitate to intervene. We will not shy away from complex cases," US Attorney General Loretta Lynch told a news conference on Thursday. "We will protect the interests of the American people." The deals would hurt consumers in the different markets served by the four companies, from medical coverage provided by large corporations to their employees to Medicare Advantage plans for the elderly and insurance sold to individuals on exchanges created under President Barack Obama's healthcare reform law, the Justice Department said. "We have no doubt that these mergers would reduce competition from what it is today," said Principal Deputy Associate Attorney General William Baer, who spearheaded the antitrust reviews. Merging Aetna's and Humana's Medicare Advantage businesses would create the largest US manager of the healthcare insurance for seniors and the disabled. The Anthem deal for Cigna would create the largest US health insurer by membership, with about 53 million members, surpassing UnitedHealth Group's (UNH.N) 45.9 million as of June 30, and make it the leader in employer-based health insurance. Aetna and Anthem had each argued their proposed purchases would help lower prices for consumers by giving them greater leverage in negotiating with doctors and hospitals. AETNA VOWS LEGAL FIGHT Aetna and Humana said Thursday they plan "to vigorously defend the companies' pending merger," worth $33 billion. Aetna Chief Executive Mark Bertolini said the company has proposed divesting enough assets to ensure competition in markets where it overlaps with Humana. "If we can't come to a negotiation on what markets to divest, although we have two very complete remedies in front of the Department of Justice now, I think I'm willing to let a judge decide," Bertolini told business news channel CNBC. "We'll go all the way we need to to make this happen." Anthem had a more muted response, saying it was committed to working toward a settlement with the Justice Department for its $45 billion transaction, but would challenge the lawsuit if necessary. Cigna said it was evaluating its options. It does not believe a deal would close before 2017, "if at all." After news of the lawsuit, Humana raised its 2016 earnings forecast, saying its core businesses, Medicare Advantage and Healthcare Services, are performing better than expected. Humana shares rose 8.3 percent. Cigna climbed 5.4 percent, Anthem closed up 2.6 percent and Aetna rose 1.6 percent. Speculation that the US government would block both deals had weighed on shares of all four insurers for several weeks. Humana's raised forecast "bodes well for the rest of the industry. Now you can expect the other guys to report good numbers and perhaps raise guidance as well," said Jeff Jonas, portfolio manager for Gabelli Funds, which holds Cigna and Humana shares. "There's somewhat of a relief rally, too, given that this has been an overhang for so long, particularly with Anthem and Cigna," he said. In the lawsuit against Aetna, the Justice Department cited specific concerns about damage to 1.6 million people in 364 counties who are customers of Medicare Advantage, the program that serves older people. It also said there were issues for the individual plans sold on Obamacare exchanges, where the government has sought to spur competition and keep prices low. About 20 state insurance departments were required to review the Aetna-Humana deal. Missouri came out firmly against it, while others, including California and New York, approved it after reaching a settlement. In the lawsuit against Anthem-Cigna, antitrust regulators said the combination would substantially lessen competition in an already consolidated industry, harming millions of Americans, doctors and hospitals. The Justice Department said it was concerned about the impact on the national corporate business, which serves large companies and which it said has only four competitors. It also said there were issues with local business markets, the individual Obamacare exchanges and the impact a combined company could have on contracts with doctors. The presidential campaign of Democrat Hillary Clinton, who said when the deals were announced she was "very sceptical" they would benefit consumers, said Thursday they "applaud" the Justice Department's decision. "Hillary will continue to fight to reduce health costs and strengthen antitrust enforcement to prevent corporations from gaining too much market power," Clinton policy adviser Ann O’Leary said in a statement. Doctors and hospitals had urged the Justice Department to try to block the deal, and some large employers were also against the combination. Aetna and Anthem had each proposed asset sales to the regulators, but they did not adequately address the loss of market competition, Baer said. Eleven states and the District of Colombia joined the Justice Department lawsuit against Anthem and Cigna; eight states and DC joined the lawsuit against Aetna and Humana. If the government successfully scuttles the deals, Anthem would owe Cigna $1.85 billion in breakup fees. Aetna would have to pay Humana $1 billion. If the deals fail for other reasons, the breakup fees would be different. The unusual move against two deals in the same industry represents a repeat of history for Baer, who headed the department's Antitrust Division until a short time ago and is now the No. 3 official in the Justice Department. In March 1998, Baer asked a court to stop a major consolidation of the US drug wholesaling business. McKesson Corp (MCK.N) had sought to buy AmeriSource Health Corp, and Cardinal Health (CAH.N) wanted to buy Bergen Brunswig Corp. A court granted the preliminary injunction. -Reuters