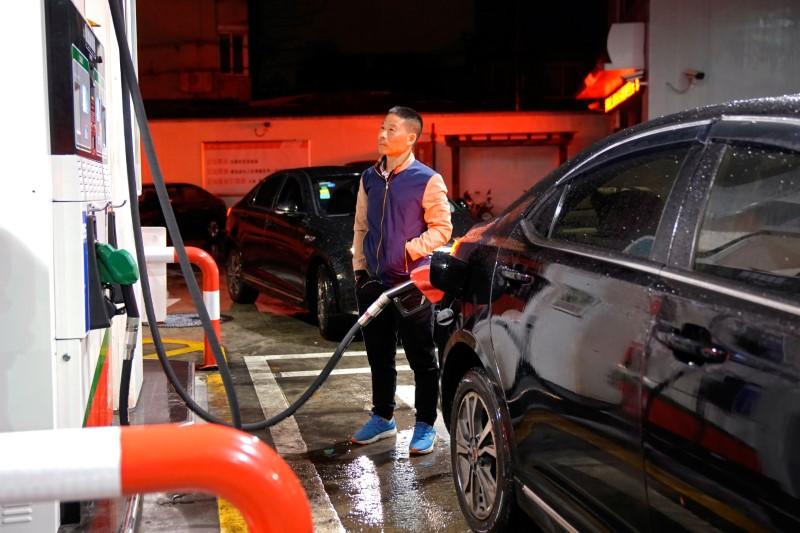 SINGAPORE (Reuters) - US oil prices dipped from three-and-a-half year highs on Thursday as physical markets remained well supplied despite record demand and ongoing disruptions. US West Texas Intermediate (WTI) crude futures CLc1 were at $72.55 a barrel at 0114 GMT, down 21 cents, or 0.3 percent from their last settlement. WTI hit its highest since November 2014 at $73.06 per barrel in the previous session. Brent crude futures LCOc1 were at $77.63 per barrel, virtually unchanged from their last close and still below recent May highs. Oil prices have been rallying for much of 2018 on tightening market conditions due to record demand and voluntary supply cuts led by the Middle East dominated producer cartel of the Organization of the Petroleum Exporting Countries (OPEC). Unplanned supply disruptions from Canada to Libya and Venezuela have added to those cuts. Yet not all indicators point towards an ever-tightening market. Although output growth is slowing, US crude production C-OUT-T-EIA is approaching 11 million barrels per day (bpd). With Russia and Saudi Arabia at similar levels, and output expected to rise as OPEC and Russia ease their supply restrictions, there will soon be three countries pumping out 11 million barrels of crude each and every day. This unprecedented output means just three countries are meeting a third of world consumption. “The physical oil market is well supplied,” said Konstantinos Venetis, senior economist at research firm TS Lombard, although he warned OPEC and Russia were producing at near maximum output “leaving a thinner margin of safety for the future.”

Despite rising US output, US commercial crude oil inventories C-STK-T-EIA dropped by almost 10 million barrels in the week to June 22, to 416.64 million barrels, according to the Energy Information Administration . That’s below the 5-year average level of around 425 million barrels. Traders expect inventories to draw further in coming weeks as an outage of Canada’s Syncrude locks in over 300,000 bpd of production. The outage is expected to last at least through July, according to operator Suncot. The draw in US inventories was also due to high exports of almost 3 million bpd, coupled with domestic refinery activity hitting a utilization rate of 97.5 percent, the highest in more than a decade. Oil demand has been chasing records for most of 2018, but the outlook is dimming amid escalating trade disputes between the United States and other major economies including China and the European Union. “Our macroeconomic view remains overwhelmingly bearish,” commodity brokerage Marex Spectron said. “Credit conditions have worsened again, which is likely to have an outright negative impact on the demand for crude oil in the next 4-6 weeks,” it said.