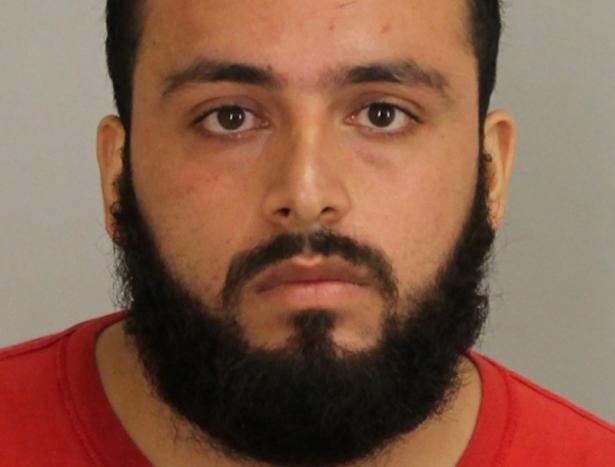 NEW YORK - Federal prosecutors charged the Afghan-born man suspected of weekend bombings in New York and New Jersey with 10 counts including use of weapons of mass destruction, portraying him as a militant who begged for martyrdom and praised Osama bin Laden. The suspect, Ahmad Khan Rahami, bought bomb components on eBay, made a video of himself testing out homemade explosives, and kept a journal expressing outrage at the US "slaughter" of militants in Afghanistan, Iraq, Syria and Palestine, federal officials allege. Rahami was apprehended on Monday in Linden, New Jersey, after a shootout with police that left him with multiple gunshot wounds. He was listed in critical but stable condition on Tuesday, and police had not yet been able to interview him in depth, New York Police Commissioner James O'Neill said.Federal prosecutors from separate districts in New York and New Jersey charged him with four and six counts respectively. In addition to leaving the bomb that exploded on Saturday evening in the Manhattan district of Chelsea that wounded 31 people, they allege he planted a pipe bomb on the New Jersey shore that injured no one when it exploded on Saturday morning. He also is accused of planting another pressure-cooker bomb in Chelsea that failed to explode, and multiple devices at a train station in Elizabeth, New Jersey. One of those exploded as a bomb squad robot attempted to defuse it. The charging documents and accompanying sworn statements from Federal Bureau of Investigation agents offer the first official explanation of what they believe to be the bomber's motive. As the charges were made public, the White House for the first time said it appeared the attacks were an act of terrorism. Earlier in the investigation, officials had withheld such an assessment until they could discern a motive. "It does appear this was an act of terrorism," White House spokesman Josh Earnest said during a press briefing in New York City. At least one victim in the Chelsea blast was knocked unconscious and another hospitalized to remove ball bearings from her body, metal fragmentation from her ear and wood shards from her neck, the charging documents say. Surveillance video from the bomb scenes and fingerprints on unexploded devices also point to Rahami, according to the documents. The three counts of using weapons of mass destruction, one from New York and two from New Jersey, each carry a maximum sentence of life in prison. In addition to the federal charges, New Jersey state prosecutors from Union County have charged Rahami with five counts of attempted first-degree murder for firing at police officers and two second-degree weapons counts. Other parts of Rahami's journal praise "Brother" Osama bin Laden; Anwar al-Awlaki, an American-born Muslim cleric and leading al Qaeda propagandist who was killed in a US drone strike in Yemen in 2011; and Nidal Hasan, the US Army psychiatrist who shot dead 13 people and wounded 32 at Fort Hood, Texas, in 2009. "I beg ... for shahadat (martyrdom) and inshallah this call will be answered," he wrote in a passage expressing concern about getting caught. Video found on a family member's mobile phone dated two days before the bombings and taken near his home in New Jersey showed him lighting a fuse that igniting incendiary material packed in a partially buried cylinder. An eBay account linked to Rahami bought a precursor chemical used in explosives, circuit boards and ball bearings that matched the explosives and remnants collected at the crime scenes, the documents said. Investigators also traced mobile phones used in the bombs to Rahami and said he played militant videos from social media. Earlier on Tuesday Rahami's father said he had reported concerns about his son being involved with militants to the Federal Bureau of Investigations two years ago. The FBI acknowledged it had investigated Rahami in 2014, but found no "ties to terrorism" and dropped its inquiry. His father, Mohammad Rahami, briefly emerged on Tuesday from the family's restaurant in Elizabeth, New Jersey, about 20 miles (30 km) west of New York City, telling reporters, "I called the FBI two years ago." The FBI said in a statement that it began an assessment of the younger Rahami in 2014 based on comments his father made about his son after "a domestic dispute." "The FBI conducted internal database reviews, interagency checks, and multiple interviews, none of which revealed ties to terrorism," the FBI said. -Reuters