US presses Myanmar to cease military ties with North Korea 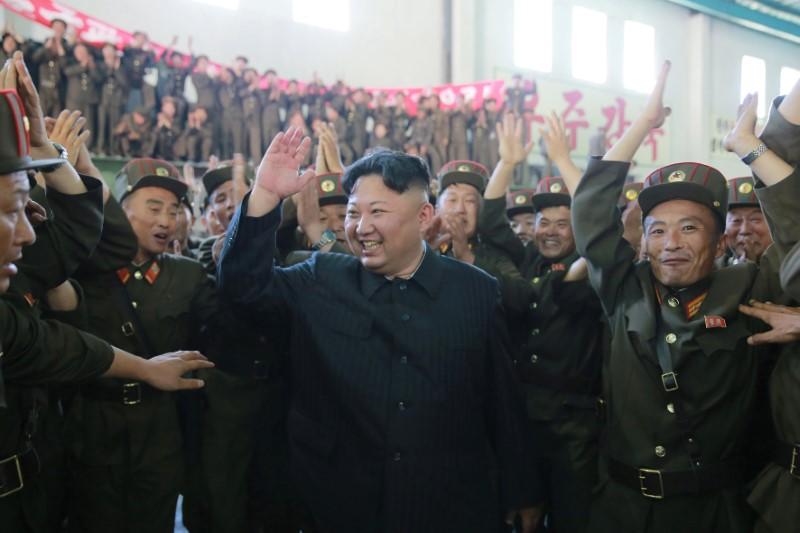 US presses Myanmar to cease military ties with North Korea

WASHINGTON (Reuters) - Myanmar's military has maintained ties with North Korea, even though the civilian-led government denies any cooperation, and the Trump administration is pressing for a complete break-off of remaining links, current and former U.S. officials said.

Washington made its case to Myanmar’s de facto leader, Nobel Peace Prize laureate Aung San Suu Kyi and the army chief Senior General Min Aung Hlaing during a visit to the country this week by the U.S. special envoy for North Korea.

U.S. Ambassador Joseph Yun's trip to Myanmar underlined continuing U.S. worries over North Korean links that date back to Myanmar’s decades of military rule, according to a senior State Department official on Friday.

"It was an opportunity to message that any engagement with North Korea, particularly military engagement, is counterproductive to trying to end this threat that North Korea poses to the region and to the globe,” the official told Reuters, speaking on condition of anonymity.

He declined to specify what kind of military cooperation had continued between North Korea and Myanmar.

There was no immediate response to a request for comment from Myanmar's embassy in Washington.

The official said U.S. sanctions leveled this year against the Myanmar army's procurement body were meant to “reflect long-standing concerns” about the military's dealings with Pyongyang.

Myanmar insists that arms deals and other military relations with North Korea stopped before Myanmar's transition to a nominally civilian government in 2011.

Myanmar’s military was believed in the past to have imported North Korean-made weapons and North Korean personnel also worked in Myanmar, two former U.S. officials said.

Any residual ties may be unfinished business between the two armies dating back to Myanmar's previous military-led government, one of the former officials said, adding there was no indication of a "nuclear component to the relationship."

The State Department official did not rule out the possibility of imposing further North Korea-related measures on Myanmar, saying: “If a situation becomes so egregious and serious for our national security interests, there are a variety of tools, including sanctions.”

For now, though, Washington was relying mostly on diplomacy with Myanmar, a resource-rich and strategically placed country that Washington wants to keep out of China's orbit.

He stressed, however, that it would be difficult to proceed toward full normalization of U.S. relations with Myanmar until Washington was convinced of a halt to ties with North Korea.

Yun's trip followed North Korea's test on July 4 of an intercontinental ballistic missile that Pyongyang says can carry a large nuclear warhead, and which experts believe can reach Alaska.

As Yun arrived in Yangon for talks on Monday, Kyaw Zeya, permanent secretary at Myanmar's Ministry of Foreign Affairs, insisted Myanmar no longer had military ties with Pyongyang and was complying with U.N. resolutions banning such links.

The State Department official told Reuters that Myanmar authorities did not explicitly deny that some vestiges of the previous North Korea relationship remained but said “those ties are not what they were in the past.”

Myanmar's former ruling junta, which, like North Korea, was widely shunned by the outside world over its suppression of human rights, was known to have ties to Pyongyang. This included sending missile experts and material for arms production to Myanmar.

Myanmar's Directorate of Defence Industries (DDI) was sanctioned in March under the Iran, North Korea, and Syria Nonproliferation Act.

The DDI was previously sanctioned in 2012 and accused of materially assisting North Korea but had fallen off the sanctions list in October after the Obama administration dropped most measures against Myanmar in recognition of a successful political transition.