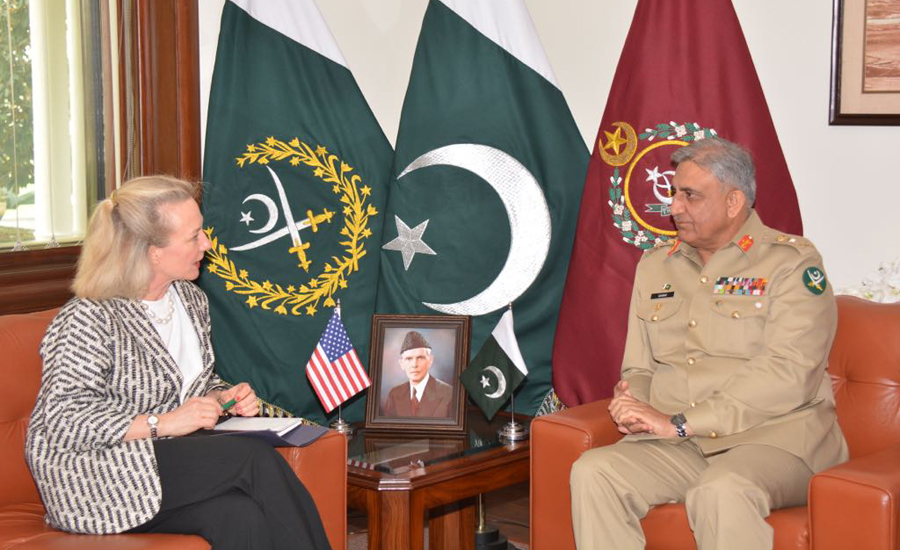 RAWALPINDI (92 News) – Ambassador Alice G Wells, Principal Deputy Assistant Secretary, USA called on Chief of Army Staff (COAS) General Qamar Javed Bajwa at GHQ on Tuesday. According to the ISPR, views were exchanged on issues of mutual interest, regional security and cooperation between both the countries during the meeting. The Principal Deputy Assistant Secretary, USA commended the sacrifices and resilience of the people and armed forces of Pakistan and appreciated the role Pakistan Army has played in battling the scourge of terrorism. Both reaffirmed the commitment towards the common goal of peace and stability in the region and discussed measures towards that end. Both also agreed on continued engagement at multiple levels.