US pro-marijuana campaigners launch TV ads ahead of November votes 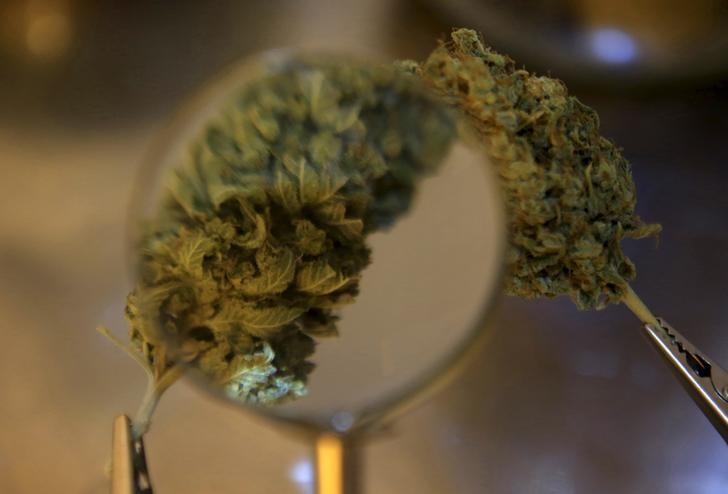 US pro-marijuana campaigners launch TV ads ahead of November votes

BOSTON - Campaigns to legalize recreational marijuana use in Massachusetts and Maine launched their first television ads on Monday, hoping to boost public awareness and support ahead of November votes on the issue. The ads began just over a month before Election Day, when voters in five US states will determine whether to legalize the recreational use of the drug, following the lead of Colorado, Washington, Oregon and Alaska, as well as the District of Columbia. The Massachusetts ads feature Tom Nolan, a former Boston Police Department officer and current professor of criminal justice at Merrimack College, advocating for legalization as a way to better regulate marijuana use. "Question 4 requires strict product labeling and child-proof packaging and bans consumption by kids," Nolan says in the 30-second spot, citing the question's position on the Nov. 8 ballot, the start of a $650,000 ad campaign. The Maine advertisement also features an ex-law enforcement official, former Cumberland County Sheriff Mark Dion, who argues that legalizing the use of the drug by adults would free up police resources to investigate violent crimes. The Maine group has budgeted $1 million for its ad spending. The campaigns launch a week after the group Regulate Marijuana Like Alcohol in Arizona launched its first blast of TV ads. Voters in California and Nevada will also face ballot questions on the issue this year. Nevada campaigners plan to begin a TV campaign in the "very near future," a spokesman said. Both the Massachusetts and Maine campaigns face stiff opposition from local officials, with Boston Mayor Martin Walsh, a recovering alcoholic, among the most prominent Democratic voices against the idea. Walsh has stressed the perceived risk that legalizing marijuana could lead users to become addicted first to pot and then other drugs. Maine Governor Paul LePage, a Republican, has also repeatedly voiced his opposition. Recent opinion polls have shown voters in both northeastern states favoring legalization. Some 53 percent of respondents to a WBZ/UMass Amherst poll of 700 likely Massachusetts voters last month supported the measure. The result in Maine was much the same, with 53 percent of 505 likely voters polled by the Portland Press Herald saying they favored the idea. The Massachusetts group said its initial campaign would last a week with a potential extension. "It's a matter of how much money we have and how much TV we can afford," said Jim Borghesani, a spokesman for the group. -Reuters