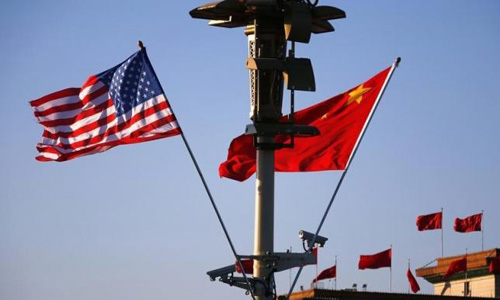 GENEVA - The United States is concerned about China's restrictions on the use of foreign information technology equipment by the banking sector, according to a filing published by the World Trade Organization on Thursday. U.S. business groups have already complained about the new rules, which China announced in December, and senior officials including Secretary of State John Kerry have written to their Chinese counterparts about them. Japan and the European Union have echoed U.S. concerns about the regulations, which China says aim to promote cybersecurity. By bringing up the issue at the WTO, where member countries can legally challenge foreign laws that affect trade, the United States has put pressure on China to explain how the regulations - which aim to promote "secure and controllable" banking technology - comply with global trade rules. "Could China explain what 'controllable' means?," the U.S. filing asked. "Do the guidelines apply to foreign-owned banks operating in China?" Although it did not question China's right to improve cybersecurity, it said the definition of "secure and controllable" would severely limit access to the commercial banking sector for many foreign products and services and dictate the business decisions of financial institutions. That raised the question of compliance with WTO rules, which bar countries from favoring domestic producers over competitors abroad, the United States said. The regulations specify that all new computer servers, desktop computers and laptop computers and 50 percent of new tablets and smartphones bought by the banking industry must meet "security and controllability" requirements, it said. The new regulations represent one of China's most significant steps toward banishing foreign technology, 18 months after former National Security Agency contractor Edward Snowden disclosed that US spy agencies planted code in American tech exports to snoop on overseas targets. The rules also aim to encourage "indigenous innovation", but "the requirement for a product to be 'indigenous' would allow for little involvement by foreign companies," the filing said. Among the U.S. questions for China was a request to explain the meaning of "indigenous" software - whether the code had to be mainly written by Chinese nationals or on Chinese territory or copyrighted in China - and why indigenous software was favored over non-indigenous. "Does China exclude the possibility that foreign-developed technology may provide a better security solution than a technology developed indigenously?," it asked. - REUTERS