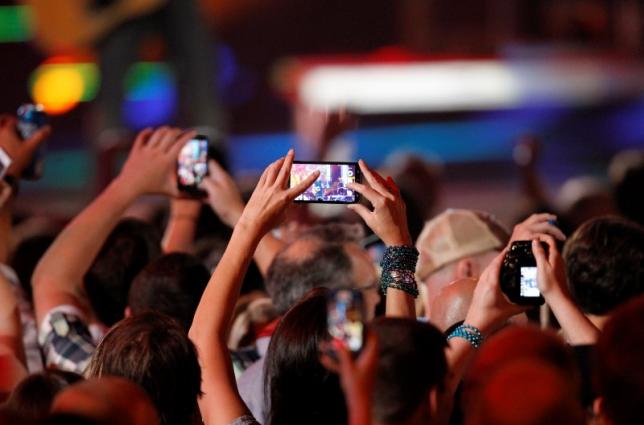 WASHINGTON - US regulators paved the way for a lightning-fast next generation of wireless services in a move that made the United States the first country to set aside an ample amount of airwaves for so-called 5G wireless applications and networks. In an act that could have far-reaching effects for American consumers and businesses, the US Federal Communications Commission voted unanimously to open nearly 11 gigahertz of high-frequency spectrum for mobile, flexible and fixed-use wireless broadband. Companies including Verizon Communications Inc and AT&T Inc already were moving closer to adopting 5G, the fifth generation of wireless technology. New 5G networks are expected to provide speeds at least 10 times and maybe 100 times faster than today's 4G networks, the FCC said. There is a worldwide race to adopt 5G. South Korea and Japan plan to deploy it by the time they host the Olympics, in 2018 and 2020, respectively. The European Commission, South Korea, China and Japan are all working on 5G research efforts. "This is a big day for our nation," FCC Chairman Tom Wheeler said. The agency's action, Wheeler added, makes "the United States the first country in the world to identify and open up vast amounts of high-frequency spectrum for 5G applications. The big game-changer is that we are using much higher-frequency bands than previously thought viable for flexible uses, including mobile." Verizon and AT&T have said they will begin deploying 5G trials in 2017, and the first commercial deployments at scale are expected in 2020, Wheeler said. T Mobile US, a unit of Deutsche Telecom, and Sprint Corp are also undertaking trials. Wheeler said 5G will help more Americans access high-speed internet. Policymakers and mobile phone companies have said the next generation of wireless signals needs to be much faster and far more responsive to allow advanced technologies like virtual surgery or controlling machines remotely. 5G technology could have a broad impact beyond things like speeding up movie downloads. For example, it could improve road traffic by monitoring sensors in streetlights, roadside architecture and cars. It could even help detect air pollution using sensors in trees. 'NO LIMIT' "There is seemingly no limit on how what we refer to as 5G could impact our everyday existence," FCC Commissioner Mignon Clyburn said. "A refrigerator that not only alerts you to a near-empty egg carton, but automatically adds that item to a virtual shopping list, enabling a delivery to your door by week's end, without any action from you." There are other questions to be answered, including a standard definition of 5G and exactly how much spectrum is needed, FCC commissioners said. The FCC said the new rules balance spectrum use between new wireless services, satellite operations and federal government use. Boeing Corp told the FCC last week the company and "the rest of the satellite industry have supported common-sense rules that would promote true sharing." "Consumers and businesses are going to start benefiting from 5G much faster than generally expected, and the FCC's bipartisan decision today is crucial to accelerating this phenomenon," said Intel Corp Chief Executive Brian Krzanich. Facebook Inc told the FCC in June that the rules could set "an example for the rest of the world." Facebook said one solution would be for the FCC to "adopt a use-or-­share requirement that would require licensees to share any unused spectrum after five years." The FCC will make spectrum available and rely on a process led by the private sector for producing technical standards. "We are on the cusp of cars that drive themselves, streets that can be safer, emergency services that are more effective, healthcare that is more personalized, and more capability across the board because we are more connected," FCC Commissioner Jessica Rosenworcel said. -Reuters