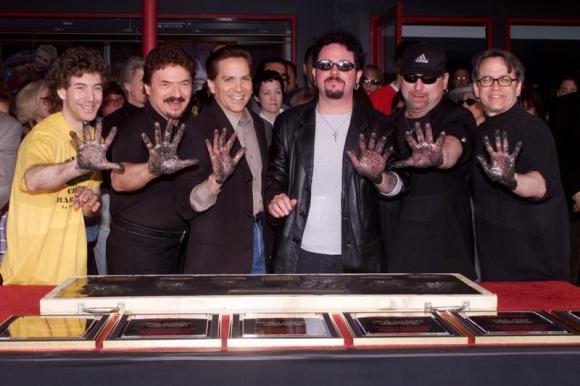 CHICAGO - Mike Porcaro, the longtime bassist for Grammy Award-winning US rock band Toto, died on Sunday morning, his brother and fellow band member said in a brief statement. He was 59. The band said in February 2010 that Porcaro had been diagnosed with ALS, or Amyotrophic lateral sclerosis, and that it planned to tour to generate funds to support his care and to raise awareness about the disease. "Our brother Mike passed away peacefully in his sleep at 12:04 a.m. last night at home surrounded by his family. Rest in peace, my brother," Toto keyboardist Steve Porcaro wrote on Facebook. He provided no additional information. Toto, formed in California in the late 1970s, is best known for such hits as "Hold the Line," "Rosanna" and "Africa." The band won a Grammy for best album in 1982 for Toto IV, after which Porcaro toured for that album, replacing bassist Mike Hungate. Porcaro left the band in 2007, the band said. "My brother Mike Porcaro is now at peace. I will miss him more than I could ever put into words," Toto guitarist Steve Lukather wrote on Twitter. "My deepest love to the family." – Reuters