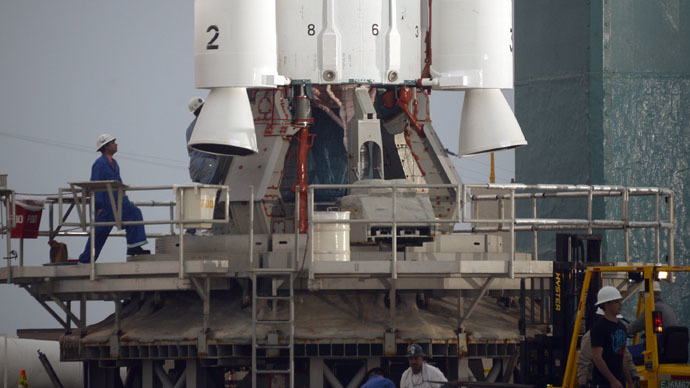 CAPE CANAVERAL - Hours after unveiling its next-generation "Vulcan" rocket, the company that launches most of America's satellites, United Launch Alliance (ULA), ran into its first problem - the rocket's name. "Vulcan is a trademark of Vulcan Inc. and we have informed ULA of our trademark rights," Chuck Beames, president of the Paul Allen-backed Vulcan Aerospace, told Reuters. "Paul Allen and Vulcan were early leaders within space exploration with the launch of SpaceShipOne more than a decade ago. We are flattered by ULA's tribute to our legacy by naming their new rocket 'Vulcan'," Beames said. ULA, a joint venture of Lockheed Martin Corp and Boeing Co, selected Vulcan as the name of its new booster, which will be developed in phases beginning in 2019, after it won more than 1 million votes in a crowdsourcing initiative. On Monday, ULA unveiled the reusable "Vulcan" rocket that is slated to end US dependence on Russian-built rocket engines. "We have done our due diligence regarding the legal right to use the name Vulcan," ULA spokeswoman Jessica Rye wrote in an email. "ULA is committed to taking every reasonable step to avoid any confusion with other entities using this name and we are confident we can do so," she said. - Reuters