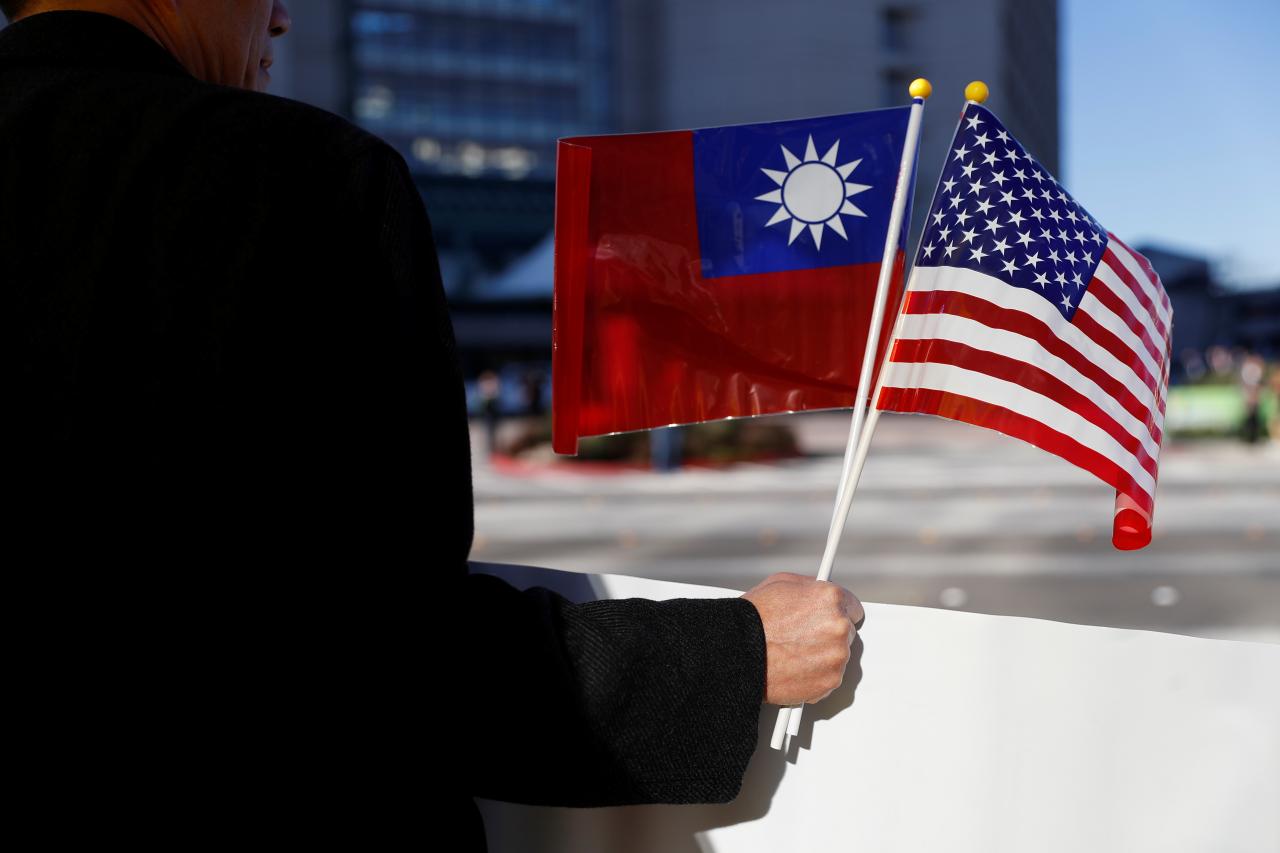 TAIPEI (Reuters) - Efforts to decide self-ruled Taiwan’s future by “other than peaceful means” are a grave concern to the United States, a senior American diplomat said on Wednesday, amid renewed tension between China and the island it considers a wayward province. Washington does not have diplomatic ties with Taipei, but is its main arms supplier and strongest international backer. This month, Taiwan President Tsai Ing-wen vowed to boost national security and said her government would not submit to Chinese suppression. “Any effort to determine Taiwan’s future by other than peaceful means...is of grave concern to the United States,” Brent Christensen, the director of the United States’ de facto embassy in Taipei, told reporters. He did not elaborate. China, which has never renounced the use of force to bring Taiwan under its control, has boosted military and diplomatic pressure on Taipei. The Chinese military has stepped up encirclement drills around Taiwan, which the island has denounced as intimidation, and three former allies, El Salvador, Burkina Faso and the Dominican Republic, switched ties to Beijing this year. The United States’ new $256-million representative office in Taiwan’s capital is an “important symbol” of their partnership, Christensen said, adding that Washington would keep backing Taiwan’s “substantive role” in the international community. China has been infuriated by recent US sanctions on its military, among several flashpoints in ties ranging from a bitter trade war and the issue of Taiwan to China’s increasingly muscular military posture in the South China Sea. Last week, the United States sent two warships through the Taiwan Strait in its second such operation this year, despite opposition from China.
In Beijing, a spokesman for China’s policy-making Taiwan Affairs Office said the Taiwan issue was about China’s sovereignty and territorial integrity. “We resolutely opposed any official exchanges or military contacts between the U.S. side and the Taiwan region,” Ma Xiaoguang told a regular news briefing shortly before Christensen’s comments. “I would like here to stress again - the consequences will be reaped by relying on foreigners to build yourselves up, or colluding with foreign forces to damage peace and stability in the Taiwan Strait,” he added, referring to Taiwan’s government.