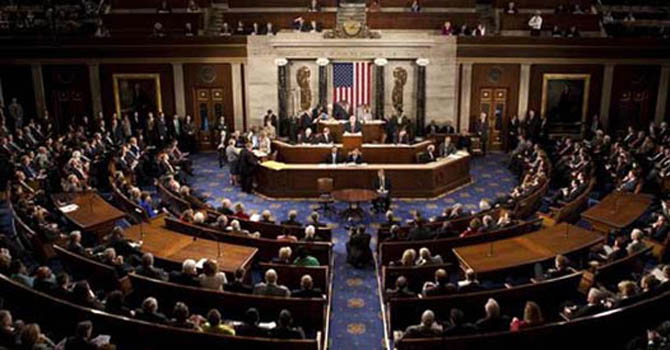 WASHINGTON (92 News) – Approving $716-billion defence authorisation bill, the United States Senate slashed its defence aid to Pakistan and also removed the banned outfits conditions from the bill. As per details, the US Senate approved a $716-billion defence authorisation bill, wherein it made significant cut its security-oriented financial aid to Pakistan as US has relaxed certain conditions that were attached with the financial assistance, including action against the Haqqani Network and the Lashkar-e-Taiba (LeT). The bill granted $150 million as defence aid to Pakistan, which the latter is expected to allocate towards improving its border security. In Obama era, Washington granted from $700 million or $1000 million to Pakistan as Coalition Support Fund. The bill has been given the green signal by the US House of Representatives and was passed 87 to 10 in the Senate. It has now been sent to the White House for US President Donald Trump to sign. However, the US has removed certain conditions from security oriented aid from the bills, including action against the Haqqani Network and the Lashkar-e-Taiba (LeT). Responding to this, the expert said that as per bill Pentagon has deprived from the right to pressurize Pakistan into taking action against the banned militant outfits. Earlier, the US had used these funds to ask Islamabad to do more with regard to the counterterrorism operations, especially against the Haqqani Network.