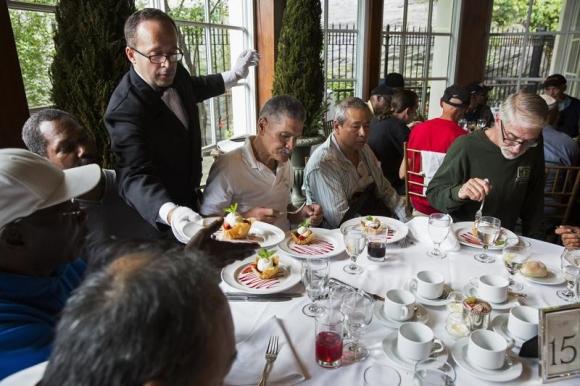 NEW YORK (Reuters) - A gauge of growth in the US services sector was modestly stronger than expected in February, helped as an index on employment rebounded from recent weakness. The Institute for Supply Management on Wednesday said its services index was 56.9 in February, up slightly from 56.7 in January. Analysts were looking for a reading of 56.5, according to a Reuters poll. The survey's employment index jumped to 56.4 from 51.6, moving from its lowest level since February 2014 to its highest level since October. One component, prices, rose but stayed under the 50 level that separates expansion from contraction, while two other components - order backlogs and imports - returned to expansionary territory after a recent contraction. The rise in the overall index came despite a deceleration in business activity. That subindex fell to 59.4 from 61.5.