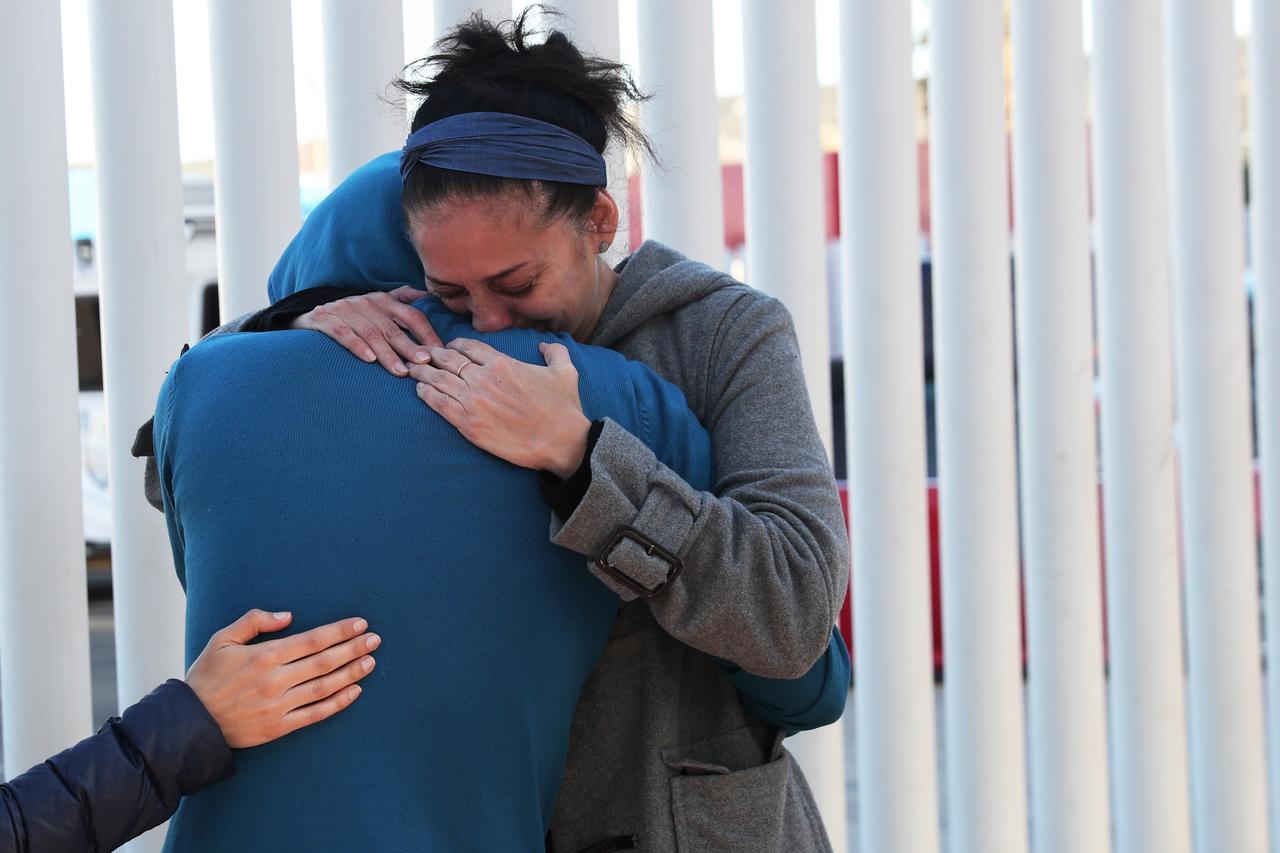 MEXICO CITY (Reuters) - The United States was expected to send a first group of 20 Central American asylum seekers back to Mexico through the border city of Tijuana as part of President Donald Trump’s hardening of longstanding US immigration policy. Under a policy dubbed the Migrant Protection Protocols, announced on Dec. 20, the United States will return non-Mexican migrants who cross the US southern border back to Mexico while their asylum requests are processed in US immigration courts. Mexican Foreign Ministry spokesman Roberto Velasco said US authorities were expected to send the first group of 20 Central American asylum seekers back to Mexico’s territory through Tijuana, but as of about 7:00 p.m. local time there were no reports of the group crossing the border. Velasco told local broadcaster Radio Formula that Mexican officials had not yet been given the list of people in the first group, which he said was supposed to be provided , adding that he still expected the first transfer in the “next few hours.” He emphasized that the Mexican government would not be providing food or shelter for the returned asylum seekers. “What we’re proposing is that we provide these people with opportunities in the labor market,” said Velasco, without going into further detail. Under the policy, US authorities will send as many as 20 people per day through Tijuana and gradually start sending people back through the other legal ports of entry along the Mexican border, Velasco said earlier in the day. Mexico will accept the return of certain individuals who have a date to appear in a US immigration court, but will reject those who are in danger in Mexican territory, suffering health problems, or are unaccompanied minors. Velasco previously said that Mexico does not have a “Safe Third Country Agreement” with the United States, which would “imply a binding commitment to process in our territory all US asylum requests of migrants that pass through our country and take full responsibility for their legal situation.” Asylum seekers have traditionally been granted the right to stay in the United States while their cases were decided by a US immigration judge, but a backlog of more than 800,000 cases means the process can take years. Now, the US government says migrants will be turned away with a “notice to appear” in immigration court. They will be able to enter the United States for their hearings but will have to live in Mexico in the interim. If they lose their cases, they will be deported to their home countries. “Shelters are at capacity and we can’t receive migrants that are being deported or (Mexican) nationals that are passing through the city. Let’s hope this doesn’t happen,” said Jose Maria Garcia, who runs the Juventud 2000 shelter in Tijuana. Leopoldo Guerrero, Tijuana’s secretary of government, said Mexico’s federal government should take responsibility for the migrants, stressing that the city did not have the resources to do so. The US policy is aimed at curbing the increasing number of families arriving mostly from Central America to request asylum who say they fear returning home due to threats of violence. The Trump administration says many of the claims are not valid. The program will apply to arriving migrants who ask for asylum at ports of entry or who are caught crossing illegally and say they are afraid to return home. Immigration advocates fear Mexico is not safe for migrants who are regularly kidnapped by criminal gangs and smugglers, and have raised concerns that applicants will not be able to access proper legal counsel in US courts. Twenty-four year-old Danis Lazaro, who left his native Guatemala five months ago with his two daughters, aged 6 and 7, said he was concerned about the new US policy. “It doesn’t seem fair to me. It’s safer for us on the other side (of the border),” he said. It is unclear how Mexico plans to house what could be thousands of asylum seekers during their immigration proceedings. Some Mexican border towns are more violent than the cities the Central Americans left behind. “For many of them, Mexico is not a safe place to stay,” said Betsy Fisher, policy director for the International Refugee Assistance Project. Trump’s administration, which has described Central American migrants as a danger, says it is relying on a US law that allows migrants attempting to enter the United States from a contiguous country to be removed to that country. But the policy will likely be challenged in court since claiming asylum is protected under both international and US law. Several of Trump’s signature immigration policies, including some attempting to reduce asylum applications, have been halted by US federal courts.