US, South Korea to pursue talks between Washington and Pyongyang 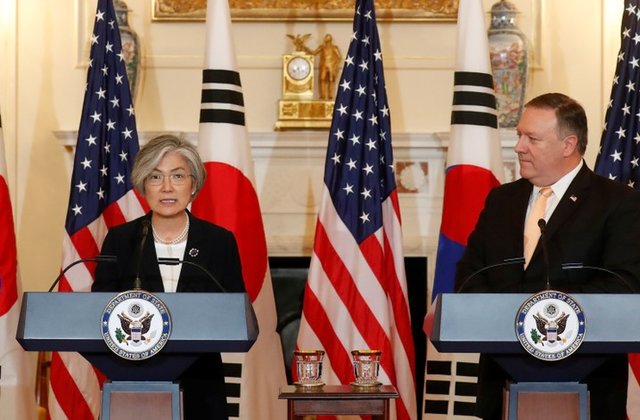 US, South Korea to pursue talks between Washington and Pyongyang

SEOUL (Reuters) - The foreign ministers of the United States and South Korea agreed to continue working toward creating the right conditions for the United States and North Korea to talk, the South’s foreign ministry said in a statement on Friday. South Korean Foreign Minister Kang Kyung-wha and U.S. Secretary of State Mike Pompeo held a phone call and made the remarks after US President Donald Trump called off a June summit with North Korea, the statement said.