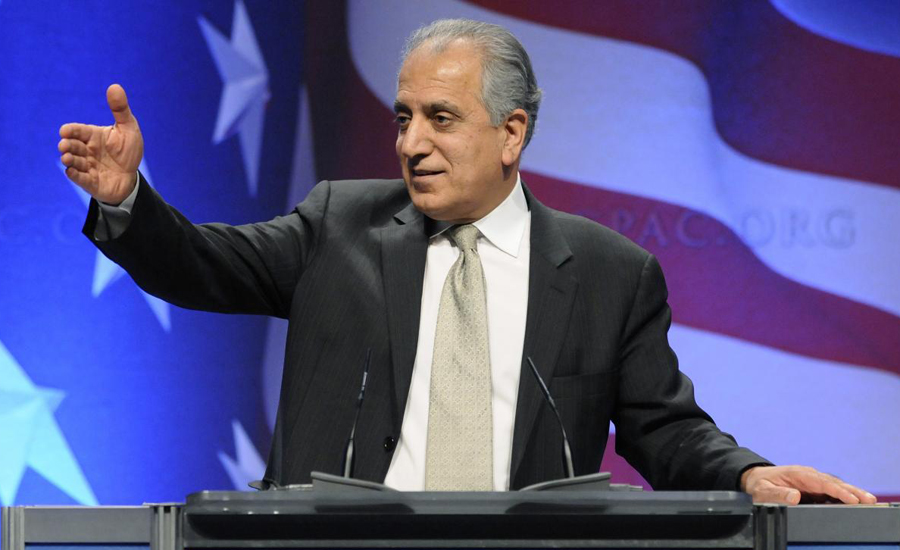 ISLAMABAD (92 News) – A four-member delegation led by United States Representative for Afghan Reconciliation Zalmay Khalilzad arrived in Pakistan for meetings with the political and military leadership about bringing the Afghan Taliban to peace talks. The Pak-US talks will be held at Foreign Ministry today evening. The Pak-Afghan-China talks will be held in Kabul on December 15. Foreign Minister Shah Mahmood Qureshi will lead the Pak delegation. Tuesday's visit comes a day after US President Donald Trump wrote a letter to Prime Minister Imran Khan, seeking Islamabad's "assistance and facilitation in achieving a negotiated settlement of the Afghan war", said the Ministry of Foreign Affairs in a statement. Khalilzad will also travel to Afghanistan, Russia, Uzbekistan, Turkmenistan, Belgium, the United Arab Emirates and Qatar in a stepped-up effort to find a peaceful end to the Afghan war.