US stock futures, dollar fall on rising concerns over Trump 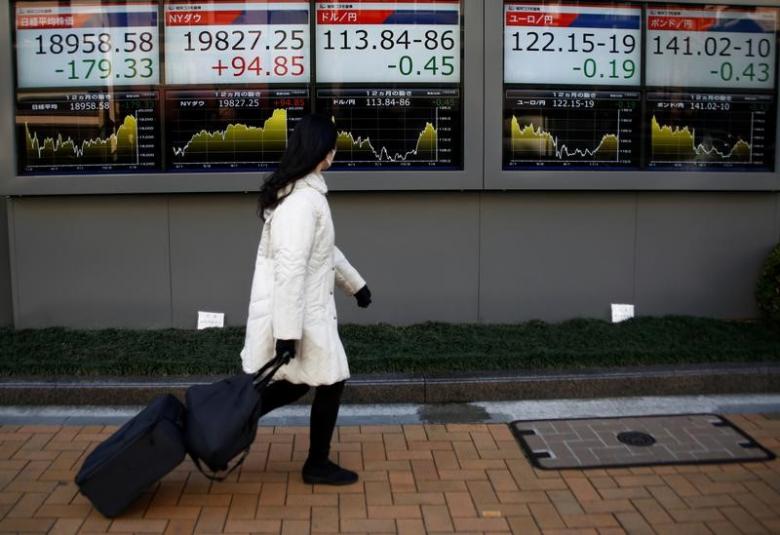 US stock futures, dollar fall on rising concerns over Trump

The reports raised questions over whether obstruction of justice charges could be laid against Trump, weakening confidence in the US president's ability to push through an aggressive stimulus program that investors had been banking on since his election last November.

"In nearly any time but the present, this is the type of escalating scandal that would jolt financial markets. The President's agenda will be halted and Congressional inquiries will commence," Mike O'Rourke, chief market strategist at Jones Trading, said in a note.

"Rising doubts about US political leadership should fuel further rotation into Europe. The situation remains fluid, but this development should finally break the financial markets out of the volatility vacuum," he added.

"Worries about European politics and North Korea have receded. The earnings are mostly over. But now we have worries about the Trump Administration. Given that there are some stock indexes that have risen more than 10 percent so far this year, we may be entering a consolidation phase," said Nobuhiko Kuramochi, chief strategist at Mizuho Securities.

Trump asked Comey to end the FBI investigation into ties between former White House national security advisor Michael Flynn and Russia, according to a source who has seen a memo written by Comey.

The White House quickly denied the New York Times report, saying in a statement it was "not a truthful or accurate portrayal of the conversation between the president and Mr. Comey."

The tumult at the White House prompted currency traders to ditch the dollar against a broad range of currencies, most notably against the yen, to which investors often turn as a safe haven when there are problems in Europe and the United States.

The dollar dropped 0.5 percent to 112.64 yen, slipping further from its highs near 114.40 yen touched last week. The dollar's index against a basket of six major currencies dropped to 98.063, essentially giving up all of the gains it made after Trump's election victory in November.

The euro held firm at $1.1086, having hit a six-month high of $1.10975 on Tuesday, as it also drew support from solid economic data in the euro zone. The euro zone's GDP grew 0.5 percent in January-March, in line with expectations, and underscoring a recovery in the currency bloc.

On the other hand, US economic data published on Tuesday was mixed, raising more doubts about some rosy views on the US economy. US manufacturing production recorded its biggest increase in more than three years in April but housing starts posted a surprise fall to five-month lows.

The data came after Friday's softer than expected retail sales and inflation. "Until Friday, markets had been focusing only on the bright side of the US economy. But that seems to have changed," said Daisuke Uno, chief strategist at Sumitomo Mitsui Bank. The 10-year US Treasuries yield dipped to 2.303 percent, flirting with its lowest level in two weeks.

Oil prices dropped after data showed an increase in US crude inventories, stoking concerns that markets remain oversupplied despite efforts by top producers Saudi Arabia and Russia to extend output cuts. Brent crude futures were down 46 cents, or 1 percent, from their last close at $51.19 per barrel. -Reuters