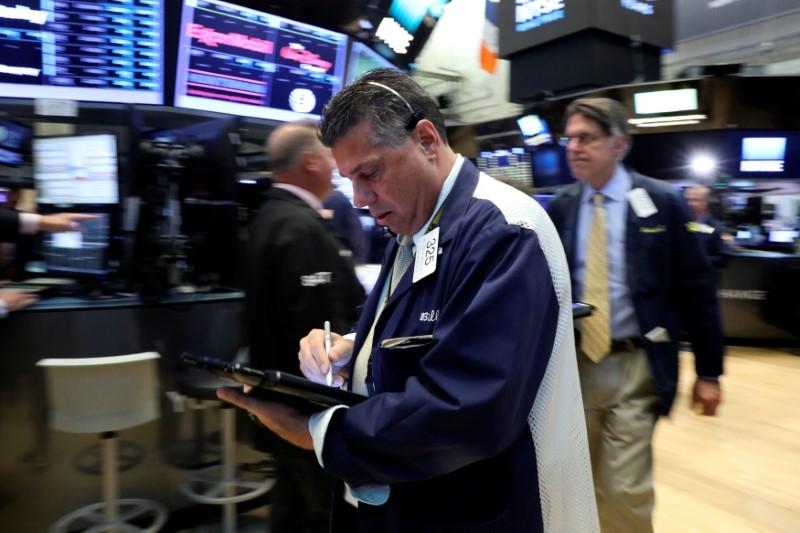 NEW YORK (Reuters) - US stock index futures were little changed on Tuesday as investors waited for earnings from big U.S. companies to set the tone for the markets.

Shares of UnitedHealth Group (UNH.N) rose 1.8 percent in premarket trading after the largest US health insurer's quarterly profit beat expectations and it raised its earnings forecast.

Johnson and Johnson (JNJ.N) rose 1 percent after the pharma company's quarterly revenue grew from a year ago.

The healthcare sector will be under scrutiny after the Republican healthcare bill to replace Obamacare hit yet another snag with news that two Republican senators would not support the latest version of the bill.

This could mean that President Donald Trump's policies on tax reform and infrastructure spending will be further delayed.

News on the healthcare bill sent the U.S. dollar .DXY to a 10-month low against a basket of major currencies.

As earnings season gets under way, the market will be keeping a close eye on corporate results to see if the high valuations are justified in the face of mixed economic data and tepid inflation.

Analysts' are estimating an 8.2 percent rise in second-quarter earnings for the S&P 500 companies from a year earlier.

This follows a robust first quarter when U.S. companies posted their best earnings since 2011, according to Thomson Reuters I/B/E/S.

The S&P 500 has been trading at about 18 times earnings estimates for the next 12 months, compared with the long-term average of 15 times.

IBM (IBM.N), United Continental Holdings (UAL.N), CSX (CSX.O) and Navient (NAVI.O) are among the companies scheduled to report results after the bell.

Bank of America (BAC.N) slipped 0.6 percent despite the lender posting a growth in quarterly profit.

Shares of JPMorgan (JPM.N), Wells Fargo (WFC.N) and Citigroup (C.N) had taken a beating last week as their quarterly results and forecasts failed to excite investors.