US tariffs could raise auto prices by $83 billion: trade group 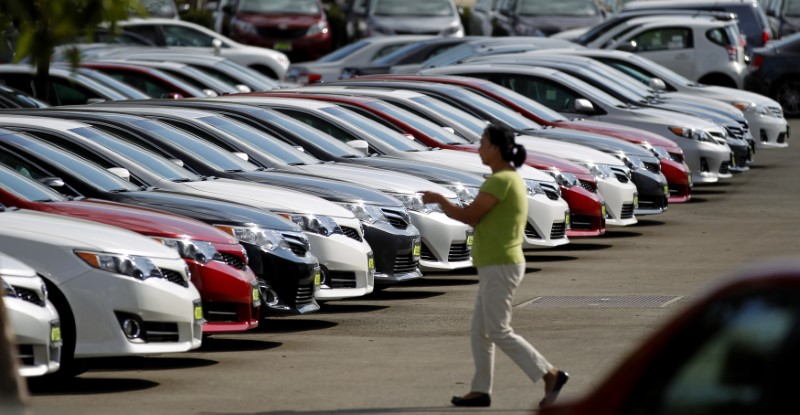 US tariffs could raise auto prices by $83 billion: trade group

WASHINGTON (Reuters) - A group representing major automakers will tell the US Commerce Department on Thursday that imposing tariffs of 25 percent on imported cars and parts would raise the price of US vehicles by $83 billion annually and cost hundreds of thousands of jobs. The Alliance of Automobile Manufacturers, whose members include General Motors Co , Volkswagen AG  and Toyota Motor Corp , said it plans to issue the warning at a public hearing on Thursday. “Higher auto tariffs will harm American families and workers, along with the economy” and “would raise the price of an imported car nearly $6,000 and the price of a US-built car $2,000,” the group said in its testimony released. The European Union, Japan, Canada, Mexico, along with many automotive trade groups, Volkswagen, and the United Auto Workers union are among those scheduled to testify at the hearing. The Trump administration in May launched an investigation into whether imported vehicles and parts pose a national security threat and US President Donald Trump has repeatedly said he would quickly impose tariffs of 20 or 25 percent. The Commerce Department said that it had made no decisions and aims to complete the investigation “within a couple months.” The auto industry has banded together in a full-scale campaign to oppose the tariffs, with companies warning of slower auto sales due to higher prices, lost jobs as well as reduced spending on self-driving cars. Toyota North America Chief Executive Jim Lentz told company dealers in an email seen by Reuters that “Toyota and the entire auto industry is facing a very dangerous public policy threat – a potential 25% tariff on all imported autos and auto parts – and we need YOU to help us win this battle!” GM warned last month that higher tariffs could cost jobs and lead to a “a smaller GM” while isolating US businesses from the global market. John Bozzella, who heads the Association of Global Automakers, which represents Honda Motor Co , Hyundai Motor Corp and other foreign automakers, said in his testimony prepared for Thursday that Commerce “so far has been unable to outline any theory explaining how the commercial production of cars and trucks is connected to US national security.” Many automakers opted not to testify at the hearing because they believe Trump cannot be swayed from his decision to impose the tariffs. Some administration officials have suggested that his threats are a tactic to win concessions in trade talks, including North American Free Trade Agreement renegotiations. A coalition of seven major auto trade groups representing automakers, dealers, parts companies and retailers issued a joint statement urging the administration to reverse course. On Thursday ahead of the hearing, auto workers from around the country will drive to Capitol Hill to show how tariffs could impact the industry, holding an event with members of Congress.