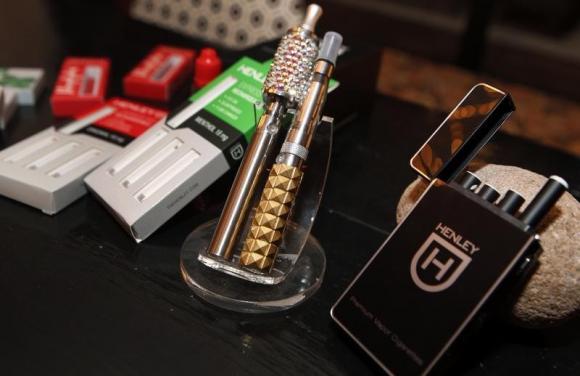 NEW YORK/WASHINGTON - The US government is preparing to roll back a widely criticized approach to public health, in which the "lost pleasure" people might suffer if they quit smoking or chose to eat healthier foods was used to reduce the projected benefits of new regulations, government officials told Reuters. Economists at the US Food and Drug Administration incorporated lost-pleasure calculations last year in analyzing proposed rules for e-cigarettes and the posting of calorie counts on restaurant menus. The agency said the analysis provided a more accurate picture of the estimated benefits of a regulation. A broad array of public health advocates, lawmakers, and economists criticized the agency's use of the analysis, however, saying it was applied incorrectly and sharply undercut the projected benefits of regulations meant to improve public health. Some feared it would weaken the government's ability to defend such rules in court. Officials at the FDA and its parent agency, the US Department of Health and Human Services (HHS), have now intervened to curtail such analysis, according to officials involved. HHS Assistant Secretary Richard Frank, a healthcare economist on leave from Harvard Medical School, asked leading researchers to offer "ideas for new ways of analyzing lost consumer surplus in these cases," according to a letter last month to members of Congress, which was reviewed by Reuters. "Lost consumer surplus" is the technical term used by economists for the lost pleasure that results when someone curtails an enjoyable behavior. Next, Frank convened a working group that included HHS officials, Harvard economist David Cutler and other academics. They met for a day-long meeting last summer with additional outside experts, and have conducted further discussions by phone and email. The group is now poised to issue a white paper in which it will conclude that the FDA's lost-enjoyment calculations went too far, according to two people familiar with the report. FDA economists will not be barred from considering lost pleasure altogether, but will not be permitted to use the concept to slash the projected benefits of key public health regulations, these people said. There were "legitimate criticisms" of the FDA’s lost-pleasure calculations, Frank said in an interview. “We're not saying that lost consumer surplus is in no way useful, but it's a matter of degree and how you apply it," he said. There were concerns "that too much weight was put on it," he added. For example, the approach reduced the projected benefits of tobacco and e-cigarette regulation by 70 percent. Frank said all relevant agencies, including the FDA, participated in discussions leading up to the white paper and are expected to accept its conclusions. "Realistically, we don't want to have spent a year working on something no one will listen to," he said. He would not say precisely when the report will be released. FEWER CUPCAKES The FDA aims to finalize by June the proposed tobacco products rule that included the controversial lost-pleasure analysis. The rule will give it authority to regulate all nicotine products, including e-cigarettes. It is not clear how the HHS group's conclusions will affect the tobacco rule, and the FDA declined to address that. But one source familiar with the process said that if FDA economists improperly incorporate lost enjoyment into future cost-benefit analyses, especially when regulating addictive and other habitually-used products, their reports would likely not be approved by HHS, which has authority over the FDA. Lost consumer surplus is a well-established idea in economic theory. It reflects the fact that when people are deprived of something they enjoy, they experience a sense of loss, which can be assigned a dollar value. In the case of e-cigarettes and other non-traditional tobacco, the FDA asserted that if the regulations succeeded in reducing tobacco use, smokers would suffer lost enjoyment amounting to tens of billions of dollars, Reuters first reported. The agency's economists, led by Clark Nardinelli, estimated that lost enjoyment would offset by 70 percent the societal benefits of reduced smoking brought about by government regulations, including lower rates of heart attacks and cancer. Nardinelli has not responded to requests for comment. The FDA economists performed a similar analysis for calorie counts on fast-food menus and vending machines, Reuters found. They estimated that consumers would make healthier choices, reducing obesity, Type 2 diabetes, and heart disease, amounting to benefits of $5.3 billion to $15.8 billion. But the lost enjoyment people would feel by not eating their favorite cupcakes or fried chicken would reduce that benefit by $2.2 billion to $5.27 billion. By making the societal benefits of tobacco regulation and menu labeling appear much lower, the lost-enjoyment factor left industry an opening to argue in court that the rules would not bring net benefits, as required by law, critics said. Many outside economists argued that the analysis was incorrectly applied. Kenneth Warner, a University of Michigan economist who participated in the HHS working group, said that it was incorrect to apply lost consumer surplus to an addictive behavior such as smoking. The vast majority of smokers say they regret having started and wish they could quit, he noted, so they would experience more satisfaction, not less, if they did so. "The traditional understanding of consumer surplus assumes a rational consumer, and that becomes strange for a behavior that you start in adolescence or that's addictive," said Harvard economist Joseph Newhouse, also a working-group participant. In the case of calorie counts, the lost-enjoyment analysis doesn't account for the pleasure consumers may get from making healthier choices, such as enjoying a sense of virtue, or shedding enough pounds to wear a favorite pair of jeans again. "That's just not in the (FDA) analysis, and it should be," said Warner. Public health advocates praised HHS for taking a fresh look at the lost-enjoyment analysis and working to "get it right," said Matt Myers, president of the Campaign for Tobacco-Free Kids. - Reuters