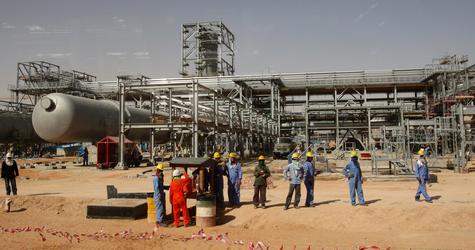 DUBAI - Western oil workers in Saudi Arabia may be the target of militant attacks, the US embassy warned on Friday. "The US Embassy has information stating that, as of early March, individuals associated with a terrorist organization could be targeting Western oil workers, possibly to include those US citizens working for oil companies in the Eastern Province, for an attack(s) and/or kidnapping(s)," it said. The message did not identify the militants. Tensions are growing in the country's oil-rich Eastern province, one of the main centers of the Shi'ite community in majority Sunni Muslim Saudi Arabia, as neighboring Yemen, Iraqand Syria contend with violent sectarian conflict. Some leading clerics of Saudi Arabia's official Wahhabi school of Sunni Islam view Shi'ites as heretics. But the kingdom has also joined a US-led coalition against Sunni Islamic State militants, partly out of concern that the ultra-violent group, which is likely to include hundreds of Saudis, could gain a foothold at home. The US warning comes after gun attacks in recent months have rattled the world's top oil-exporting nation. In the last attack targeting Americans, a US citizen was shot and wounded by unknown gunmen as he was traveling by car through al-Ahsa city in Eastern province in January. A gunman killed a US citizen and wounded another in the capital, Riyadh, last October. In November, seven Shi'ite Muslims were shot dead in al-Ahsa as they marked their holy day of Ashoura. Saudi Arabia has arrested the four main suspects and said it believes the attack was ordered by Islamic State militants from abroad. The Eastern province has been a focus of anti-government demonstrations in support of Shi'ites, who complain of discrimination. The Saudi authorities deny any discrimination. - Reuters