US warship sails through strategic Taiwan Strait amid China tension 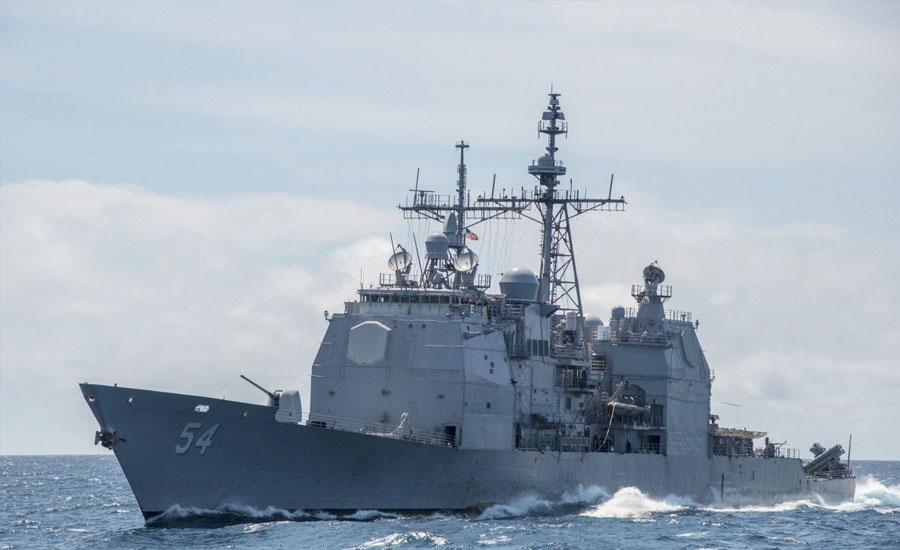 US warship sails through strategic Taiwan Strait amid China tension

WASHINGTON (Reuters) - The US military said on Wednesday it sent a Navy warship through the Taiwan Strait, which separates Taiwan from China, a move likely to anger China during a period of tense relations between Washington and Beijing.
Taiwan is among a growing number of flashpoints in the US-China relationship, which include a trade war, U.S. sanctions and China’s increasingly muscular military posture in the South China Sea, where the United States also conducts freedom-of-navigation patrols. China on Wednesday warned that it is ready for war if there was any move towards Taiwan’s independence, accusing the United States of undermining global stability and denouncing its arms sales to the self-ruled island. The warship sent to the 112-mile-wide (180-km) Taiwan Strait was identified as the Antietam. “The (ship’s) transit through the Taiwan Strait demonstrates the US commitment to a free and open Indo-Pacific,” Commander Clay Doss, a spokesman for the US Navy’s Seventh Fleet, said in a statement. “The US Navy will continue to fly, sail and operate anywhere international law allows,” he added. The voyage risks further raising tensions with China but will likely be viewed by self-ruled Taiwan as a sign of support from US President Donald Trump’s administration amid growing friction between Taipei and Beijing. The United States has no formal ties with Taiwan but is bound by law to help provide the island with the means to defend itself and is its main source of arms. Taiwan’s defence ministry said the U.S. ship had sailed north through the Taiwan Strait in its freedom-of-navigation voyage and Taiwan had monitored the mission. China has been ramping up pressure to assert its sovereignty over the democratic island, which it considers a wayward province of “one China” and sacred Chinese territory. On Wednesday, Chinese Defence ministry spokesman Wu Qian told a news briefing on a defence white paper, the first like it in several years to outline the military’s strategic concerns, that China would make its greatest effort for peaceful reunification with Taiwan. “If there are people who dare to try to split Taiwan from the country, China’s military will be ready to go to war to firmly safeguard national sovereignty, unity and territorial integrity,” he said. China has repeatedly sent military aircraft and ships to circle Taiwan on exercises in the past few years and worked to isolate it internationally, whittling down its few remaining diplomatic allies.