Vale to cut output, shut down dams after Brazil disaster 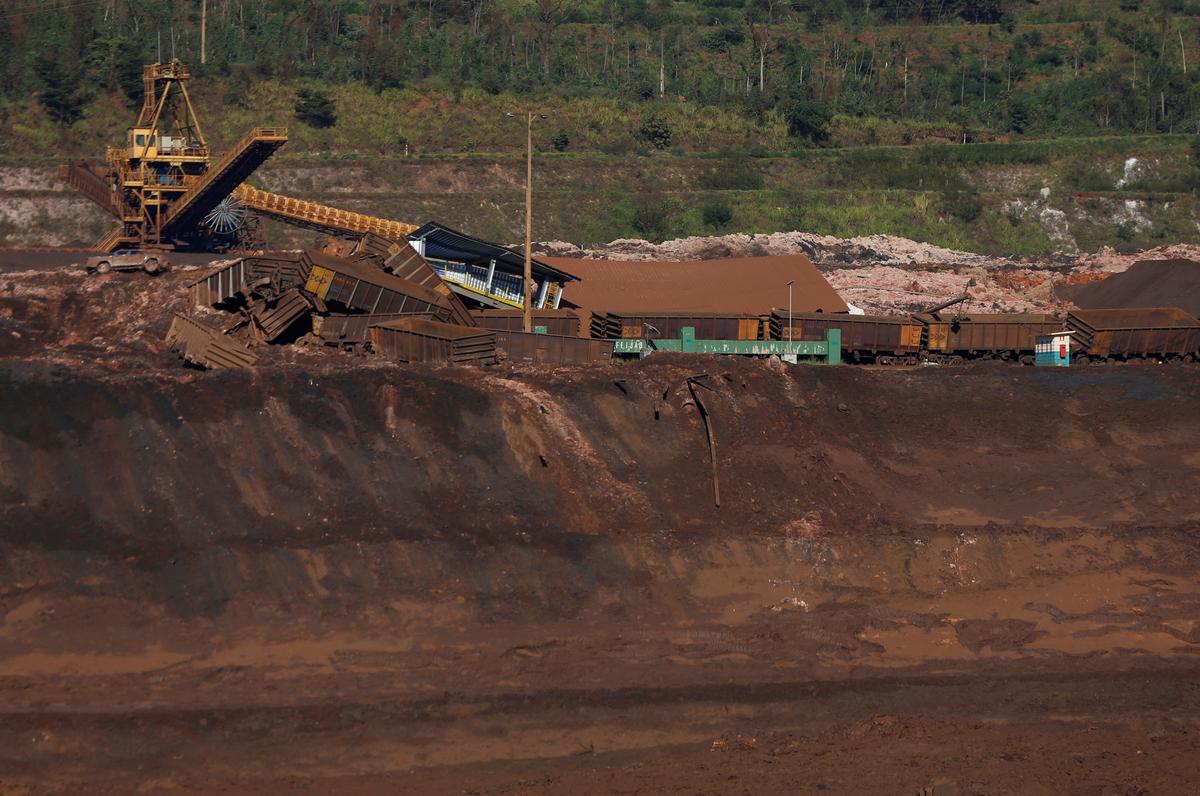 Vale to cut output, shut down dams after Brazil disaster

BRASILIA/BRUMADINHO, Brazil (Reuters) - Vale SA, the world’s largest iron ore miner, on Tuesday vowed to take as much as 10 percent of its ore output offline in order to decommission 10 more dams like the one that burst last week, killing scores of workers and nearby residents.
Chief Executive Fabio Schvartsman said it would temporarily paralyze operations using those dams and spend 5 billion reais ($1.3 billion) to decommission them over the next three years. The move came as prosecutors began arresting Vale executives over the Friday collapse of a tailings dam in the Brazilian town of Brumadinho, which was hit by a torrent of mining waste that killed at least 84 people and left hundreds more missing. The disaster raised fresh questions about the company’s commitment to safety after a similar deadly dam burst just over three years ago at a nearby mine it jointly owned. “We decided the company should, once and for all, do what it takes to remove any doubt about the safety of Vale’s dams,” Schvartsman told journalists in Brasilia. The burst Brumadinho dam was one of 19 “upstream” tailings dams owned by Vale, all in the state of Minas Gerais, built with a method banned in Peru and Chile for safety reasons. Vale had already begun the process of decommissioning nine of them. A corporate presentation seen by Reuters showed that the company had studied but did not implement several steps that could have prevented or lessened the damage from the Brumadinho disaster. Schvartsman said Vale’s board had approved the decision to decommission its 10 remaining upstream dams and suspend the related mining operations as necessary, relocating 5,000 workers to other parts of the company. Those operations currently produce 40 million tonnes of iron ore and 11 million tonnes of pellets per year, he said. Vale forecast total iron output of 390 million in 2018.

Earlier on Tuesday, police arrested three Vale employees, including two senior managers at the Corrego do Feijao mine in Brumadinho, as they began a criminal investigation into the disaster with an expected death toll of more than 300 people. Vale said it was cooperating with investigators in the case and the mining complex had been built to code, with equipment showing the dam stable two weeks before the disaster. Two other engineers, who worked for Germany’s TUEV SUED on a contract where they attested to the safety of the Vale dam, were arrested in Sao Paulo, according to state prosecutors and a spokesman for the German firm. Minas Gerais state investigators issued a total of five arrest warrants and seven search warrants on suspicion of murder, falsification of documents and environmental crimes, a judge’s decision showed. The collapse of the dam in the hilly, pastoral region has killed at least 84 people, according to firefighters’ count on Tuesday evening, with another 276 missing and likely dead. The search and recovery efforts have taken their toll on weary firefighters, helicopter pilots and volunteers. José Eustáquio da Silva, 63, the head of cemeteries in Brumadinho, has also been working long days with the team digging the town’s new graves with picks and shovels. “All I see is sadness and hopelessness,” he said, overlooking a hillside pocked with 98 fresh graves - only five of which had been filled.

Chief Financial Officer Luciano Siani said Vale was doing all it could, offering money to mourners, extra tax payments to local government, a special membrane to remove mud from the river and major investments to make its dams safer. Yet residents in the devastated town of Brumadinho have been unmoved, watching in shock and anger as one dead body after another has been pulled from the mud. Following a deadly 2015 tailings dam collapse just a few towns over at a mine half-owned by Vale, the disaster remained unforgivable in the eyes of many Brazilians. At the headquarters for the local mining union, which lost more than one in 10 members by organizers’ count, treasurer José Francisco Mateiro blamed the company and authorities for putting him and his comrades at risk. “They call it an accident but the design of those dams was premeditated,” he said. “There have been warnings about all mining dams for a long time now.” Still, prosecutors and politicians have not held their fire. Government ministers have said Brazil’s mining regulations are broken. The country’s top prosecutor said the company should be criminally prosecuted and executives held personally responsible. On Monday, a presidential task force contemplated forcing out Vale’s management, but by Tuesday senior officials pushed back on the idea. “There aren’t conditions for any degree of interference. It would not be a good signal to the market,” presidential chief of staff Onyx Lorenzoni said in a news briefing.