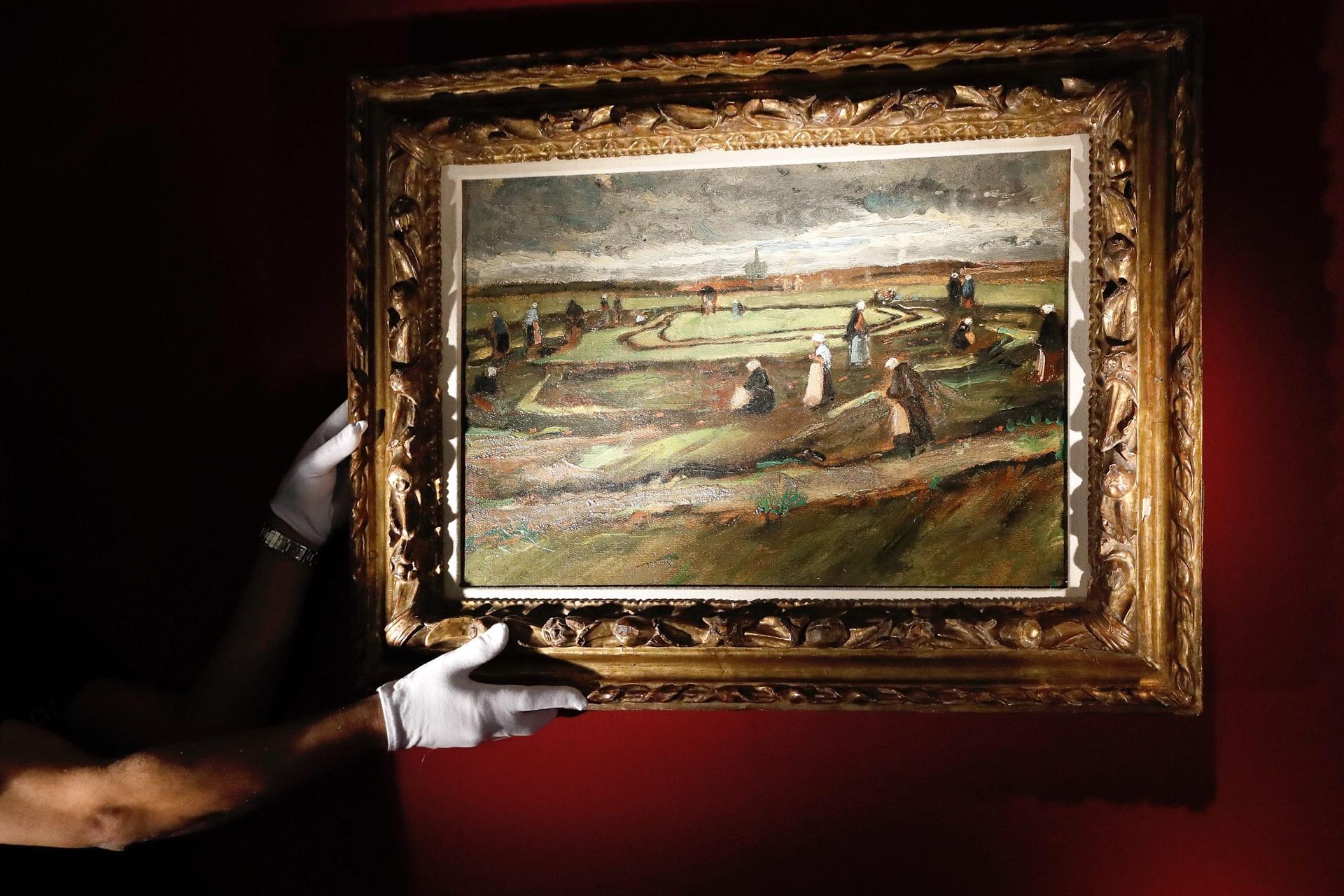 PARIS (Reuters) - An early landscape by Vincent Van Gogh, one of the art world’s most sought-after painters, sold for 7.07 million euros (6.21 million pounds) at an auction in Paris . Painted in 1882, “Fishing Net Menders in the Dunes” depicts peasant women working on the land under a cloudy sky, inspired by the countryside around The Hague, where Van Gogh passed a short but formative period. The painting, the first Van Gogh to be auctioned in France for more than 20 years, had been valued at 3 million to 5 million euros. It was purchased by a buyer based in North America, auction house Artcurial said. On average only two or three works by the Dutch impressionist appear on the international market each year, the auction house said. While hardly cheap, the price comes nowhere near the record $450.3 million (338.24 million pounds) paid last November for “Salvator Mundi”, Leonardo da Vinci’s 15th century portrait of Christ, which is due to go on display in a new branch of the Louvre museum in Abu Dhabi.