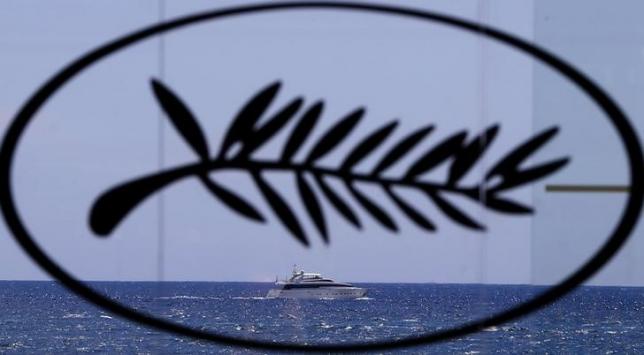 PARIS - Palme d'Or laureate Gus Van Sant's "The Sea of Trees" and Justin Kurzel's "Macbeth" will jazz up the 68th Cannes festival, the glittering cinema showcase to which Woody Allen returns after a three-year hiatus. Todd Haynes's "Carol", a drama featuring Cate Blanchett about a lesbian love affair, joins the list. Matthew McConaughey and Naomi Watts both star in Van Sant's enigmatic tale of a suicidal American meeting a Japanese in a forest, while Michael Fassbender plays lead in Kurzel's adaptation of William Shakespeare's "Macbeth", which also stars Marion Cotillard. Van Sant won Cannes's highest distinction, the Palme d'Or for the best movie, in 2003 with "Elephant". Festival general delegate Thierry Fremeaux told a news conference that 1,854 films had been submitted for selection for the May 13-24 extravaganza. He unveiled 42 - 16 competing for the Palme d'Or - which he said is "about 90 per cent" of the selection to be completed early next week. Following rumours that 'selfies' would be banned on the red carpet, Fremeaux said they would not, although he called the practice "ridiculous and grotesque". [caption id="attachment_16878" align="alignnone" width="500"] 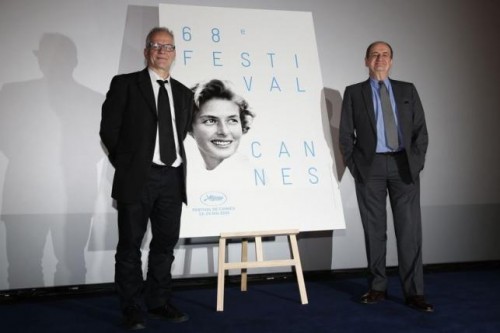 Cannes Film festival general delegate Thierry Fremaux (L) and its president Pierre Lescure pose near this year's poster after a news conference to announce the competing films at the 68th Cannes Film Festival in Paris April 16, 2015.[/caption]   Taiwan's Hou Hsiao Hsien, one of the most renowned directors of the 1990s, is also in competition with "The Assassin" as he hopes to win the Palme d'Or after being awarded the Jury Prize for "The Puppetmaster" in 1993. The director of "The Flowers of Shanghai" is back on the Croisette for the first time since 2005. Italian director Nani Moretti, Palme d'Or winner for "The Son's Room" in 2001 and jury president in 2012, is in competition with "Mia Madre". US director Woody Allen is also back with a showing of "An Irrational Man", which stars Joaquin Phoenix and Emma Stone, although as usual he refused to be placed in competition. "I could not convince him. I called him and all I got was a sneer," said Fremeaux of Allen, who also was out of competition with his last Cannes offering, "Midnight in Paris", in 2011. Natalie Portman will make her directorial debut with "Sipur Al Ahava Ve Chosheh" in one of five announced special screenings. One of two midnight screenings will be "Amy", a documentary on the late singer/songwriter Amy Winehouse by Asif Kapadia. "Mad Max: Fury Road by George Miller", as previously announced, will premiere out of competition one day before its international release. The 68th edition of the festival, presided by Joel and Ethan Coen, will pay tribute to Ingrid Bergman, who would have turned 100 this year and whose daughter Isabella Rossellini will preside over one of the juries. - Reuters