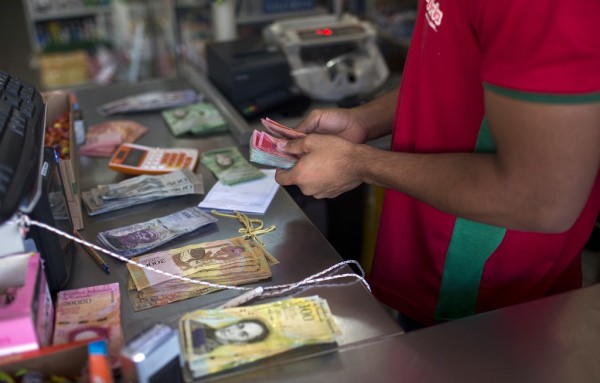 SAN CRISTOBAL (Reuters) - A western Venezuelan city began to issue its own currency this week to alleviate the hyper-inflationary country’s cash crisis.

The “Elorza” currency, with bills featuring the face of local independence leader Jose Andres Elorza, will be valid in the city of Elorza, near Venezuela’s border with Colombia.

The bills are being sold in the municipality’s offices to ensure that thousands of tourists and residents can trade, said mayor Solfreddy Solorzano, a member of the ruling Socialist Party.

Venezuela’s national currency, the bolivar, has plummeted in recent years amid a crippling economic crisis. Prices are doubling nearly every month and basics such as food and medicine are nearly unavailable.

On top of that, there are shortages of cash itself making basic transactions impossible.

“People do not have bolivars to spend, so we created two denominations of notes,” Solorzano said, adding that some 2 billion bolivars’ worth of “Elorza” had been purchased — roughly $9,000 at the black market exchange rate.

Many in Venezuela earn the equivalent of just a dollar or two a month.

In December, a socialist collective in one of Caracas’ emblematic hilltop slums launched its own currency, the panal, to try to overcome cash shortages. One note features the face of late president Hugo Chavez.

The currency could be exchanged for rice that members of the community grew and harvested.

In Elorza, the mayor’s office receives bolivars by bank transfer or debit card payment and, after discounting an 8 percent commission, gives “Elorza” in exchange.

People will be able to return the tickets to the mayor’s office and claim a bolivar-denominated refund.

The central bank has increased the total amount of currency in circulation by more than 50 percent in the last month alone, though cash-printing has not kept up.