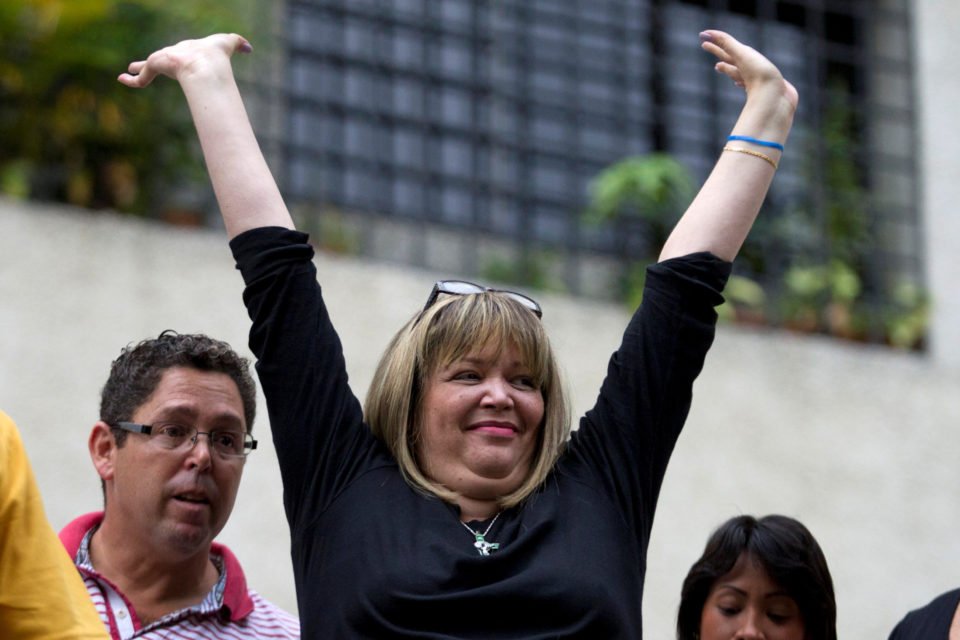 GENEVA (Reuters) - Venezuela is releasing 22 people, including judge Maria Afiuni and journalist Braulio Jatar, a senior UN official said on Friday, and an opposition lawmaker called for more releases.
Jatar and a lawyer for Afiuni said they had not yet received official notices from Venezuela’s judiciary and still had restrictions on their freedom. Twenty students also were among those released on Thursday, according to UN High Commissioner for Human Rights Michelle Bachelet and her office. The news came after the U.N. Human Rights Council held a debate on Bachelet’s report of a visit to Venezuela in June. The report accused Venezuelan security forces of sending death squads to murder young men but a vice minister rejected that in a speech to the Geneva forum on Friday. “The welcome releases of 62 detainees then (in June), with a further 22 – including journalist Braulio Jatar and judge (Maria) Lourdes Afiuni – set free yesterday and the authorities’ acceptance of two human rights officers in the country, signify the beginning of positive engagement on the country’s many human rights issues,” Bachelet said. A spokeswoman said Bachelet had requested the 22 releases directly to leftist President Nicolas Maduro. Afiuni was jailed without a warrant shortly after former president Hugo Chavez criticized one of her rulings releasing businessman Eligio Cedeno, who was accused of corruption. Prosecutors accused Afiuni of taking bribes to free Cedeno. She denied the charges, insisting she released Cedeno because he had been awaiting trial for longer than allowed by law. Afiuni later said she was raped while in jail and was denied health treatment by authorities. Ruling Socialist Party leaders rejected those allegations as a hoax to gain sympathy but she was later granted house arrest. She received a five-year sentence in March and had been serving house arrest. Juan Carlos Goitia, a lawyer representing Afiuni, said in a telephone interview that the United Nations had called to say she had been freed but that an official notice had not been sent. He said that while the ruling eliminated the need for her to appear regularly before a judge, she was still barred from leaving the country. Jatar, a prominent journalist and lawyer jailed on Venezuela’s Margarita island, was arrested after publicising a protest against Maduro and accused of money-laundering in September 2016. He said on Twitter that he had been verbally informed that he would be required to appear before a judge every 15 days and would be barred from leaving the northeastern insular state of Nueva Esparta where he resides. “When this announcement becomes effective, this release will be a partial and conditional freedom,” Jatar wrote, adding that he expected to receive formal notification on Monday and would provide more details then. Friday is a national holiday in Venezuela for independence day celebrations. Venezuela’s Supreme Court said on Twitter that a court had “revised” Jatar’s case, without saying whether it had reached a decision on his freedom. It added that another court had “agreed to end the precautionary measures” in Afiuni’s case, a reference to her house arrest. It was not immediately clear why the 20 students had been in custody. “We are really happy about the liberation of Afiuni and Jatar; they should never have been in jail. And we hope this liberation continues,” Miguel Pizarro, a member of Venezuela’s National Assembly, told reporters in Geneva. Pizarro was accused of treason by the top court in May along with three other opposition lawmakers. Pizarro said he had lived in “safe houses” since then before coming to Europe to lobby the UN and parliaments. He called for assembly vice president Edgar Zambrano and opposition lawmaker Juan Requesens to be released as well. “Everything we can do to get a fair and free election to get a new president and a new government in Venezuela, we have to try it - demonstrations, negotiations, sanctions, international pressure, people in the street,” Pizarro said.