Verdict over Led Zeppelin's 'Stairway to Heaven' is appealed 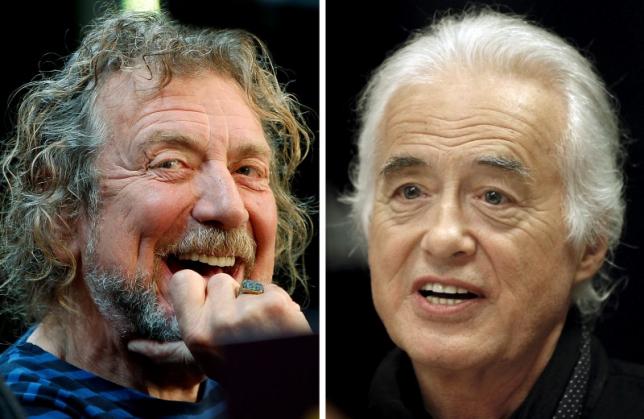 Verdict over Led Zeppelin's 'Stairway to Heaven' is appealed

LOS ANGELES - The plaintiff who failed to convince a Los Angeles jury that Led Zeppelin plagiarized the opening guitar passage for its 1971 rock anthem "Stairway to Heaven" plans to appeal the verdict, court papers show. Michael Skidmore, the trustee for the songs of Randy Wolfe, a member of the band Spirit, on Saturday filed a notice of appeal of the June 23 verdict with the 9th U.S. Circuit Court of Appeals. The court acknowledged receipt of the notice on Monday. Jurors found that Led Zeppelin's lead singer Robert Plant and guitarist Jimmy Page did not steal the opening to "Stairway" from Spirit's instrumental "Taurus," which was penned in 1967. Though Plant and Page, who testified at the trial, had access to "Taurus," jurors found that the song's riff was not intrinsically similar to the opening of "Stairway." Skidmore had argued that Wolfe, who performed as Randy California, deserved a writing credit, and that the trust set up in his name deserved millions of dollars in damages. Wolfe drowned in 1997. Oral arguments on Skidmore's appeal will likely not take place before 2017, court records show. The case is Skidmore v Led Zeppelin et al, 9th U.S. Circuit Court of Appeals, No. 16-56057. -Reuters