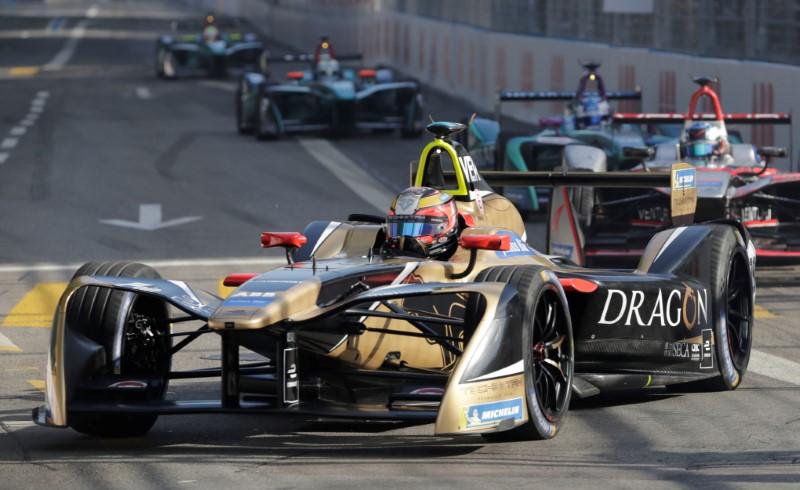 NEW YORK (Reuters) - French driver Jean-Eric Vergne was crowned Formula E’s fourth champion despite starting the penultimate race of the season in New York from the back of the grid. “I can’t believe it; what a crazy race,” said the Techeetah driver after racing from last to fifth place to secure an unassailable lead in the all-electric series. “Now just France to win tomorrow,” he added, referring to the World Cup soccer final in Moscow between his country and Croatia. Brazilian Lucas di Grassi, the season three champion, won the race in an Audi one-two with team mate Daniel Abt. Vergne had started the day 23 points clear of Britain’s Sam Bird but his qualifying times for race were wiped out after he switched to full power too early in the session at Brooklyn’s Red Hook neighbourhood. Bird, who won both races in New York last season, had started 14th for DS Virgin Racing with former champion Sebastien Buemi on pole position for Renault e.dams, but the Briton was overtaken by Vergne on track and finished ninth. Vergne now has 173 points to Bird’s 142. The final race of the season is in New York on Sunday, with the teams’ title still to be decided. Techeetah lead the standings with 235 points to Audi’s 230.