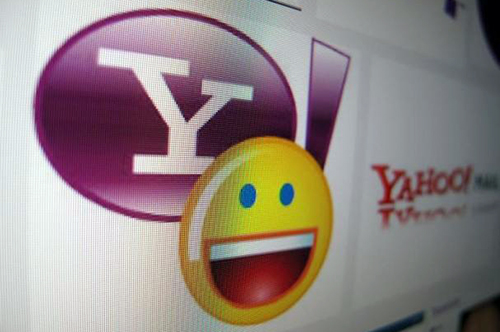 CALIFORNIA – Yahoo Inc (YHOO.O) is focusing on US telecommunications company Verizon Communications Inc (VZ.N) as the buyer of its core business after reviewing final bids that it received this week, people familiar with the matter said on Friday. A deal would boost Verizon's AOL internet business, which the company acquired last year for $4.4 billion, by giving it access to Yahoo's advertising technology tools, as well other assets such as search, mail, messenger and real estate. These synergies have made Verizon the favorite among industry analysts to prevail in the auction. The sale would also mark the end of Yahoo as an operating company, leaving it only as the owner of a 35.5 percent stake in Yahoo Japan, as well as its 15 percent interest in Chinese e-commerce company Alibaba Group Holding Ltd (BABA.N). Those two stakes account for most of Yahoo's $37 billion market capitalization. Yahoo views Verizon as the buyer that can deliver the most value, but negotiations between the two companies are continuing, and no agreement has yet been reached, the sources said. Yahoo would like to have a deal for the core assets by the end of July, one of the sources added. Bloomberg News, which reported earlier that Verizon was nearing an agreement to buy the Yahoo assets, cited an anonymous source as saying the companies were discussing a price close to $5 billion. Yahoo shares were up 0.6 percent at $39.09 in morning trading, while Verizon rose 1.3 percent to $56.09. The sources requested anonymity because the negotiations are confidential. Verizon and Yahoo did not respond to requests for comment. "Verizon has always been the favorite because it has the largest potential synergies and therefore can pay the most," said Erik Gordon, a professor at the University of Michigan's Ross School of Business. "The price negotiations still can be tough because it also doesn't need Yahoo. It can put its money into its AOL franchise." Verizon is already working on increasing revenue through its go90 ad-supported mobile video service targeted at millennials. The app, which was introduced in October, offers videos from Comedy Central, Vice and other programmers, as well as basketball and football games. Other bidders for the Yahoo assets include Verizon rival AT&T (T.N); a consortium led by Quicken Loans founder Dan Gilbert and backed by billionaire Warren Buffett; private equity firm TPG Capital LP; and a consortium of buyout firms Vector Capital and Sycamore Partners, sources have said previously. AOL Chief Executive Officer Tim Armstrong, who made his name leading sales at Alphabet Inc's (GOOGL.O) Google, is highly regarded in the advertising community. Analysts say it is unlikely that Yahoo CEO Marissa Mayer, another former Google high-flyer who has struggled to turn her internet company around, would join him at AOL. LOSING GROUND TO COMPETITORS In December, Yahoo scrapped plans to spin off its Alibaba stake after investors fretted over whether that transaction could have been carried out on a tax-free basis. It instead decided to explore a sale of its core assets, spurred on by activist hedge fund Starboard Value LP. Yahoo said in April that Starboard CEO Jeffrey Smith and three independent directors associated with him would join its board immediately. All four were on a slate that Starboard had proposed to oust Yahoo's entire board. Started in 1994 by Stanford graduate students Jerry Yang and David Filo, Yahoo in its early years was the destination of choice for many making their first forays into the World Wide Web. The company soared and then crashed in the first dot-com bubble before emerging as one of the few internet companies with substantial revenues and profits. By 2008, Yahoo was fending off a contentious takeover bid from Microsoft Corp (MSFT.O) and struggling to define its mission. That question was never really answered, leading to years of management instability and shifting priorities. Google, Facebook Inc (FB.O), Amazon.com Inc