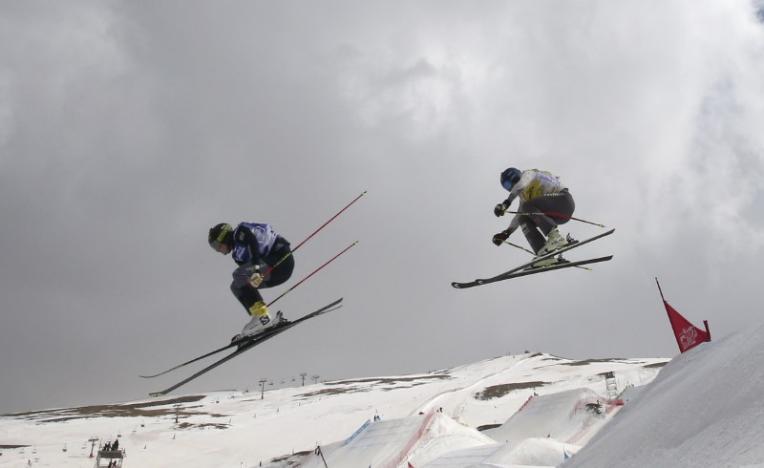 WELLINGTON - New Zealand's Southern Alps are familiar to millions around the world as the jaw-dropping backdrop to the "Lord of the Rings" movies but they have proved far less precious in producing Winter Olympians than their northern equivalent.

While Austria, Switzerland and Italy are snowsport superpowers, New Zealand, a country that often punches above its weight at Summer Games, has only Annelise Coberger's slalom silver from Albertville in 1992 to show for 15 Winter Olympics.

"Internationally, we are vertically challenged," Toomey told Reuters. "In some of the European countries and inland in North America, the fields are 3,000 to 4,000 feet (914-1219.2m) higher than ours.

"So we don't have the same length of runs as the European countries, and that is a big disadvantage for alpine skiers who compete in speed and need the longer runs."

A second factor is that the two largest commercial ski areas on the North Island, home to three quarters of the country's 4.7 million people, are five hours drive from the two largest cities.

The result, Toomey believes, is that winter sports are simply not part of the country's sporting DNA in the same way as rugby union, and the world champion All Blacks, are.

"We just don't have the same history as European countries, so we don't have a snow sports national culture in New Zealand," Toomey said.

"If you look at Austria or Switzerland, to be on the national ski team would be like New Zealanders being on the All Blacks."

It was little wonder then, that the newer disciplines inspired by the Winter X Games, well catered for around the South Island towns of Wanaka and Queenstown, provide New Zealand with their best chances of competing internationally.

The growth of freestyle skiing and snowboarding, which were added to the Olympic programmes in 1992 and 1998 respectively, have boosted the size of their Winter Games teams.

"If they didn't exist then our team sizes would be reasonably small," Toomey added.

"At the last Games in Sochi we had 11 freestyle and one alpine competitor. This time around if qualification goes to plan, we are looking at a team of 16 or 17, maybe up to 20."

One athlete who is virtually assured of being in Pyeongchang next year is Jamie Prebble, who won a ski-cross world championships silver medal in March.

A place at the Games would produce a long-awaited payoff for a calculated gamble he made five years ago.

Originally an alpine skier, Prebble changed to the thrills and spills of ski-cross racing because he felt it would give him a better opportunity to get to the Olympics.

"I could see more of a realistic path of getting to the top with ski-cross," Prebble told Reuters.

"Alpine is a tough sport. It's a big sport. They have got massive numbers and it's a sport when you need your national body support to get there."

Like most New Zealand winter athletes, Prebble's campaigns have been run on a shoestring budget, relying on Skype to keep in touch with his coach and 'piggybacking' off the better-funded Australian team.

After such struggles, he was overjoyed with his medal success in Spain.

"For me to get that second at world champs, that was a massive result," Prebble said. "It's once every two years and is second only to the Olympics, so that was huge."

BANK OF MUM AND DAD

Getting to world championships level is a huge struggle for New Zealand snow sport athletes because of the prohibitive costs -- equipment is expensive and they need to base themselves in the northern hemisphere for much of the year.

The 'Bank of Mum and Dad' and personal sponsorships, often gained through family connections, funded many, Toomey said.

Prebble estimates the last World Cup season cost him about NZ$50,000 (26,720 pounds) and his coach and younger brother Nick was only able to afford to travel with him for a couple of months.

"Then it was just Skype conversations and him sending me videos at three in the morning," Prebble said.

Toomey's body receives about NZ$2 million of its $3.5 million budget from the central government and targets the funding to athletes who are ranked in the top 16 in the world.

It pays for coaches, technical staff, strength and conditioning and medical support as well as the costs associated with travel. "We get stung excess baggage costs all the time," Toomey said with a laugh. "They travel with a lot of gear."

Those ranked in the world top 12 are eligible for additional funding, which Prebble will now apply for after three top-12 finishes in World Cup events and the world championships silver. "If that comes off we're looking at ramping up the whole programme," he said. "Make it more professional ahead of the Olympics and put in a proper challenge." -Reuters