The thespian actor was given full state honours on Wednesday before he was taken to his final resting place.

He was honoured with a draping ceremony of the Indian flag during his funeral. 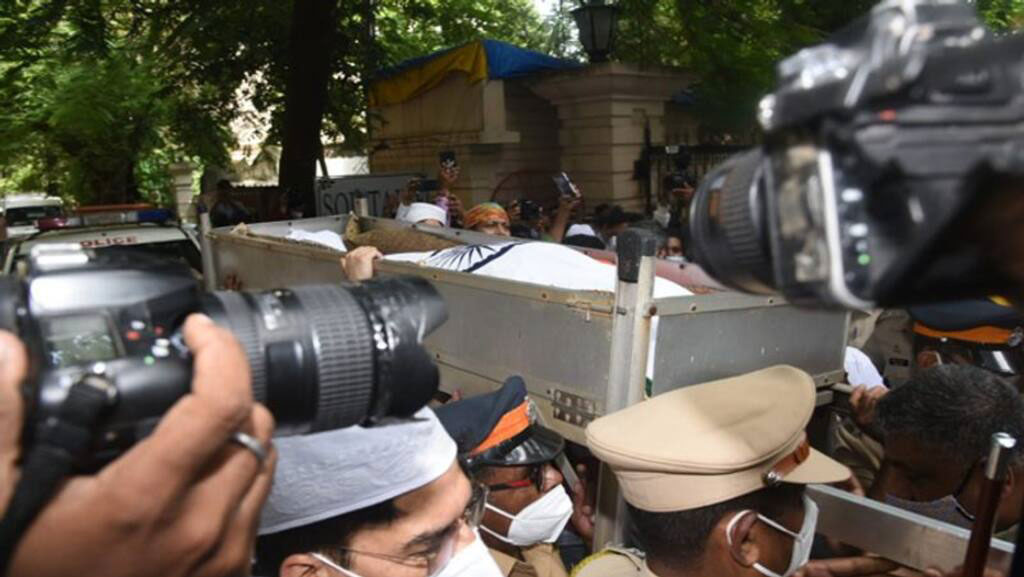 Indian legendary actor Dilip Kumar passed away in Mumbai's Hinduja Hospital. He was 98.

He was taken to hospital on last Wednesday after breathe complication  and it was the second time he had been hospitalised in the same month.

Sorry to see Dilip Kumar (Yusuf Khan) depart from his worldly abode. An outstanding actor, a humble man, and a dignified personality. Condolences to the immediate family and his huge family of admirers. May his soul rest in peace. اِنَّا لِلّٰہِ وَاِنَّآ اِلَیْہِ رَاجِعُوْنَ

Funeral prayers in absentia held in Peshawar for Dilip Kumar

Resident of Peshawar offered funeral prayers in absentia for Indian actor Dilip Kumar who died at the age of 98 in Mumbai. The funeral prayers for the legendary actor were held in his ancestral home in Qissa Khwani.

Kumar, who won worldwide fame playing tragic heroes in Bollywood films, died on Wednesday and was laid to rest with state honours in India.

Fans crowded outside the crematorium in suburban Mumbai where the actor's body was taken, hoping to catch one last glimpse of the star of "Devdas" and "Mughal-E-Azam", whose family had moved from what is now Pakistan when he was a child.

Dilip Kumar, real name Yusuf Khan, was born in Mohallah Khuda Dad on December 11, 1922. He was awarded Nishan-i-Pakistan by the Pakistan government in 1998.

He transitioned from playing the romantic-tragic lead to character roles from the '80s on, in films such as Kranti, Shakti, Karma and Saudagar. 1998's Qila was his last film. Dilip Kumar received India's Padma Vibhushan, the Padma Bhushan and the Dada Saheb Phalke awards.

In a tweet, President Dr Arif Alvi said: "Sorry to see Dilip Kumar (Yusuf Khan) depart from his worldly abode. An outstanding actor, a humble man, and a dignified personality. Condolences to the immediate family and his huge family of admirers. May his soul rest in peace."