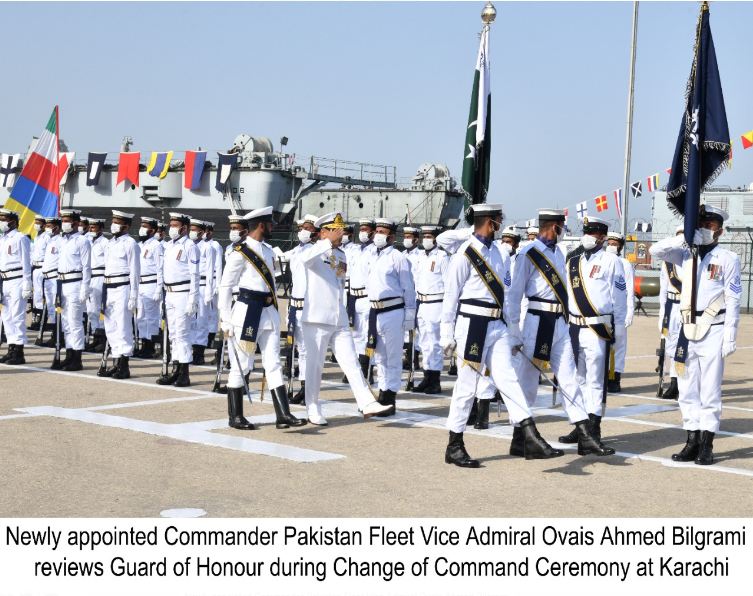 The Change of Command ceremony was attended by Pakistan Navy officers, CPOs/ Sailors and Navy Civilians.