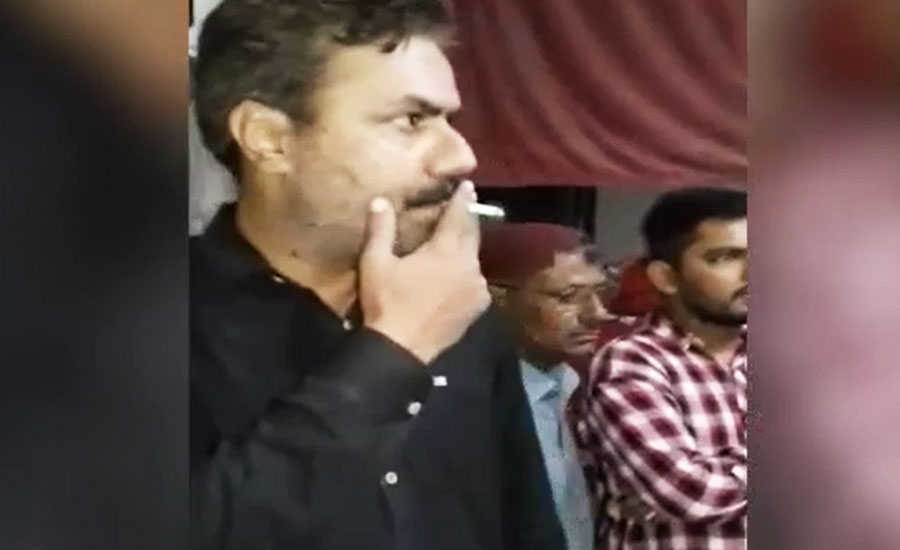 HYDERABAD (92 News) – A video of Pakistan Tehreek-e-Insaf (PTI) leader Ali Mohammad Hingoro surfaced on Thursday, in which, the PTI leader was exchanging harsh words with police official in Hyderabad. According to the video, Ali Hingoro misbehaved with officials of Makki Shah Police Station. In the viral video, the PTI leader can be heard misbehaving with police officials present in the station. When asked by police officials to not smoke in the police station, Hingoro said that he is smoking cigarette not ‘chars’ and it’s his choice and asking them to quietly sit down. The video was recorded when Hingoro along with 15 others barged into Hyderabad’s Makki Shah Police Station to press for the release of a man taken into custody after his car collided with an electric pole and led to a protest by residents of the area.