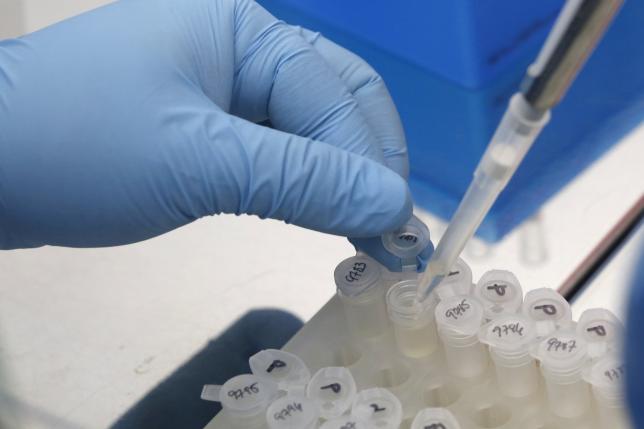 HANOI - Mosquitoes have infected two women with the Zika virus in Vietnam, health authorities said on Tuesday, in the country's first cases of a disease linked in Brazil to thousands of suspected cases of microcephaly, a rare birth defect. A 64-year-old woman in the beach city of Nha Trang and a pregnant 33-year-old in Ho Chi Minh City fell sick in late March, and three rounds of tests have confirmed they are Zika-positive, health officials said. The sufferers are in stable condition and no further infections have been found among their relatives and neighbors, the health ministry said in a statement. "After epidemic investigations, we consider the source of infection could be mosquito," Deputy Health Minister Nguyen Thanh Long said of the patient in Ho Chi Minh City. She is eight weeks pregnant, Long said in a Vietnam Television broadcast, but gave no details of the first woman. Health officials have quarantined the living areas of the patient's families and taken samples from others living nearby for further tests, said Nguyen Chi Dung, head of Ho Chi Minh City's department of preventive medicine. The World Health Organization is working closely with Vietnam, a WHO official told a health ministry meeting to announce the infections. Zika is carried by mosquitoes, which transmit the virus to humans. The WHO says there is a strong scientific consensus that Zika can cause microcephaly as well as Guillain-Barre syndrome, a rare neurological disorder that can result in paralysis, though conclusive proof may take months or years. Microcephaly is characterized by unusually small heads that can result in developmental problems. Zika has been endemic in Asia, with infection cases confirmed in Bangladesh, South Korea, Thailand and China. Brazil said it had confirmed more than 860 cases of microcephaly, most of which it considers to be related to Zika infections in the mothers. It is investigating more than 4,200 additional suspected cases of microcephaly. -Reuters