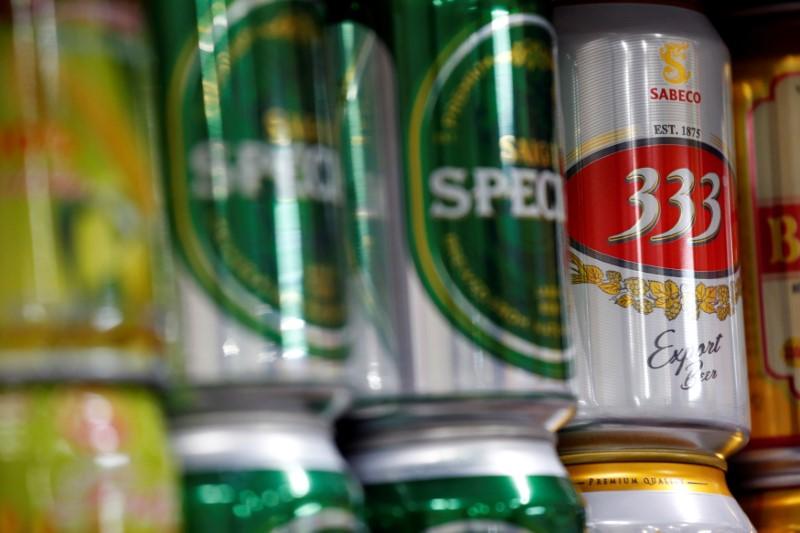 HO CHI MINH CITY (Reuters) - Vietnam said on Wednesday it is open to selling a 54-percent stake in Sabeco SAB.HM, the country’s top brewer, but capped foreign ownership at about 39 percent.

The mininum price for the long-stalled sale of the $9 billion maker of Bia Saigon and 333 brews has been set at 320,000 dong ($14.10) a share, a trade ministry official told a news conference.

The government owns nearly 90 percent of Sabeco. Vietnam is shaping up as a battleground for global brewers thanks to a youthful population and beer-drinking culture.