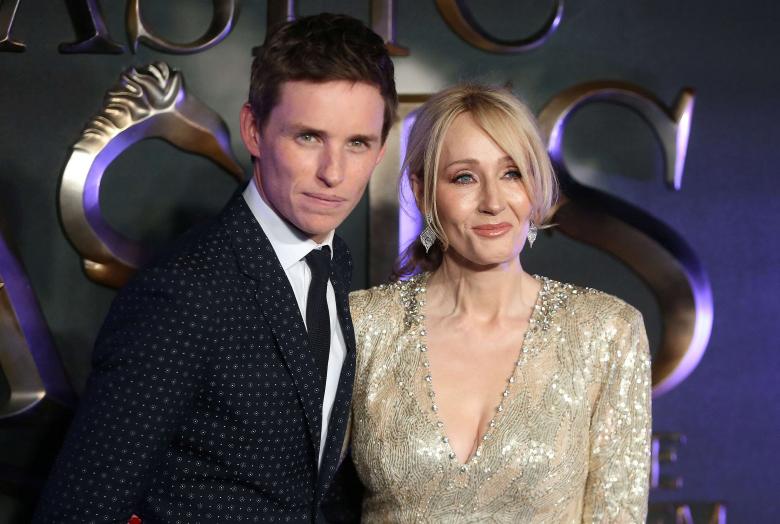 LOS ANGELES –
Confused about how new movie "Fantastic Beasts and Where to Find Them," out on Friday, may connect to the Harry Potter world? Who is new wizard hero Newt Scamander? Why does Grindelwald sound familiar? You can find many answers in your Hogwarts books, as author J.K. Rowling takes the groundwork from her "Harry Potter" stories to carve out a new film franchise.
Who is Newt Scamander?
Born in 1897, Newt Artemis Fido Scamander is a British magizoologist whose arrival in New York in 1926 sets in motion a plot that will span five films and 19 years. Scamander's "Fantastic Beasts" encyclopedia of magical creatures was first published in 1927. He later established the werewolf registry and in 1965, was behind the ban of experimental breeding of magical creatures - something that Hogwarts' beloved gamekeeper Hagrid ignored in the Potter stories. Unrest in the Magical World Rowling's 100-page "Fantastic Beasts" reference book, published in 2001, explained why the discovery of magical creatures by non-magical humans poses a threat to the wizarding world. Wizards and witches live in hiding among non-magic folk (Muggles or No-Majs), with whom they are not allowed to have relationships. In the new film, anti-magic sentiment grows among No-Majs as the wizarding world is divided about whether or not to stay in hiding. Dumbledore vs Grindelwald If the name Grindelwald rings a bell, that's because he is a famous Dark Wizard from Germany who preceded the villainous Voldemort from the Potter stories. In "Harry Potter," we heard of Gellert Grindelwald and Albus Dumbledore's teenage friendship that turned acrimonious over a disagreement on whether the wizarding community should keep their existence secret from the non-magical world. The two became enemies, culminating in a duel in 1945. Grindelwald is introduced in "Fantastic Beasts." With Johnny Depp cast as Grindelwald and a young Dumbledore confirmed for the sequel, this story is likely to be crucial in the upcoming films. The Strange Case of the Lestranges In the "Fantastic Beasts" movie, a mysterious woman named Leda Lestrange is mentioned as having captured and broken Newt Scamander's heart. While Leda is a new character, we know of Rodolphus and Bellatrix Lestrange from the Potter stories, both deranged devotees of Voldemort. The Lestranges are an ancient wizarding family that believe in keeping magic among pure-bloods. Scamander hints that his relationship with Leda was affected by her changing behavior. –Reuters