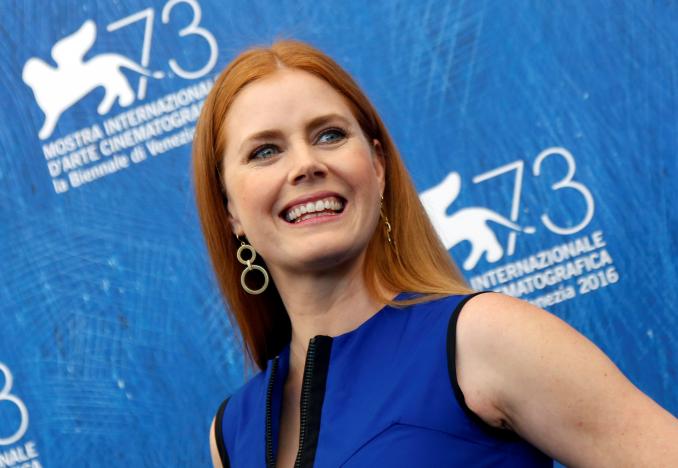 VENICE - Canadian film director Denis Villeneuve said making sci-fi thriller "Arrival", which has premiered in Venice, was the biggest challenge of his career so far because it meant creating a foreign civilization that obeys different kinds of laws. In the film, Amy Adams plays a linguist hired by the U.S. government to go inside one of 12 spaceships that have touched down around the world. Her task is to establish contact with the extra-terrestrials on board, to develop a common language and discover the purpose of their visit. "I thought it would be a game, that it would be fun to do and I discovered that it was a nightmare because it's like trying to create something that makes sense, that is fresh ... to find the right idea when you are in the unknown and have no limits," the 48-year-old director told Reuters on the sidelines of the Venice film festival on Monday. "The creature we designed is pretty challenging and I am still amazed that nobody said 'are you mad?'" Various scenes in the movie are silent or expressed through close-ups of the protagonist, and Villeneuve said he needed a strong actress like Amy Adams to be able to do that. "We are seeing a movie on the screen, but half of it is inside her, and we must see it and feel it," he said. "(Adams) was my first choice and when she said yes I was so grateful." The movie, which also stars Forest Whitaker and Jeremy Renner, is one of 20 U.S. and international films vying for the Golden Lion award, which will be presented on Sept. 10. The world's oldest film festival is again being viewed as a launch pad for the industry's award season after premiering Academy winners in its last three editions. Villeneuve said it would take much longer than an award season to decide whether his movie was a true success. "If you make a movie that people will still watch in 10 or 20 years, a movie that will still be relevant, that will go beyond fashion, then you made a good movie," he said. -Reuters