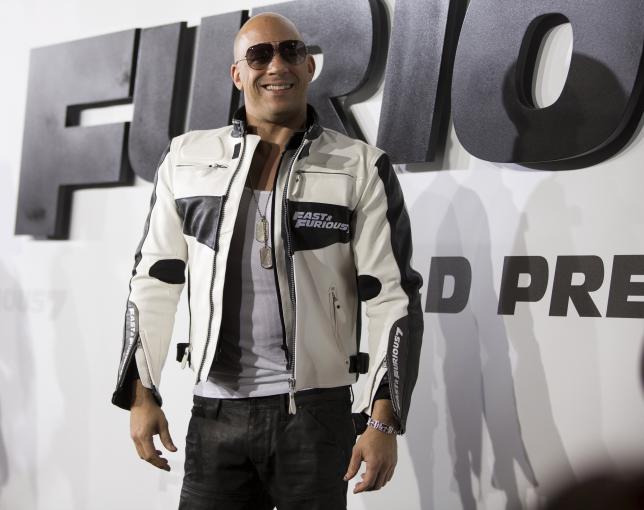 LOS ANGELES - Actor Vin Diesel sank his hands and feet into cement in the forecourt of the Chinese Theatre, marking his place in Hollywood history days before the release of his latest film "Furious 7". The film is the latest in the "Fast & Furious" franchise, which turned the actor into an action star. It is also the first to be released since the death of co-star Paul Walker, who died in a car crash in 2013 before filming finished. Vin Diesel's "Furious" co-stars joined him at the ceremony on Wednesday, alongside his companion, Paloma Jimenez, and the couple's children. The 47-year old, who was born Mark Sinclair Vincent, made his off-Broadway stage debut as a child. His first film role was an uncredited appearance in the 1990 drama "Awakenings". His 1994 independent short film "Multi-Facial", which he wrote, produced, directed and starred in, was shown at the Cannes Film Festival, grabbing the attention of director Steven Spielberg who cast Vin Diesel in the 1998 World War II drama "Saving Private Ryan". Vin Diesel's other acting credits include "The Chronicles of Riddick" trilogy and "Babylon AD". - Reuters