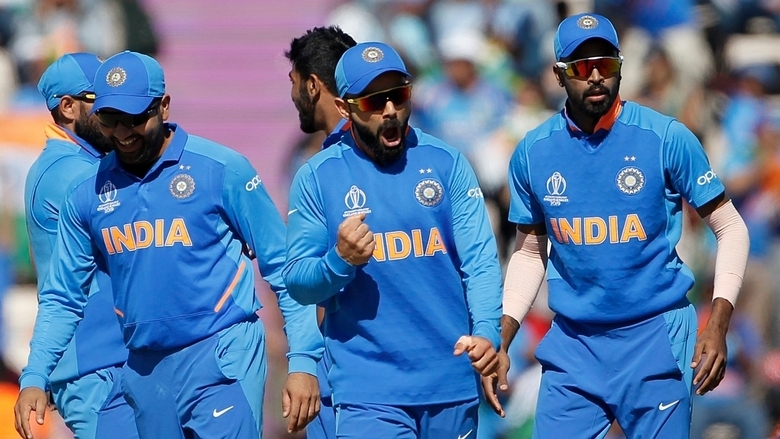 LONDON (92 News) – Indian cricket team skipper Virat Kohli has been fined 25 per cent of his match fee for excessive appealing during the ICC Cricket World Cup match against Afghanistan at Southampton on Saturday. Virat Kholi  was fined for breaching Level 1 of the ICC Code of Conduct. He was found to have breached Article 2.1 of the ICC Code of Conduct for Players and Player Support Personnel, which relates to excessive appealing during an international match. Saturday's incident occurred in the 29th over of the Afghanistan innings, when Kohli advanced towards umpire Aleem Dar in an aggressive manner when appealing an lbw decision. Virat Kohli admitted the offence and accepted the sanction proposed by match referee Chris Broad of the Emirates ICC Elite Panel of Match Referees, and as such, there was no need for a formal hearing. In addition to this, one demerit point has been added to the disciplinary record of Kohli, for whom it was the second offence since the introduction of the revised Code in September 2016. Kohli now has two demerit points after having got one demerit point during the Pretoria Test against South Africa on 15 January 2018. On-field umpires Aleem Dar and Richard Illingworth, third umpire Richard Kettleborough and fourth official Michael Gough levelled the charges. Level 1 breaches carry a minimum penalty of an official reprimand, a maximum penalty of 50 per cent of a player's match fee, and one or two demerit points.

Opting to bat after winning the toss, India struggled on a slow pitch and crawled to 224-8 with Virat Kohli (67) and Kedar Jadhav (52) managing half-centuries against a disciplined Afghan attack. Skipper Gulbadin Naib (2-51) and spinner Mohammad Nabi (2-33) shared four wickets between them as India posted their lowest total of the tournament. Afghanistan’s batsmen, however, could not complement the effort of their bowlers and were all out for 213 to slump their sixth defeat in six matches.