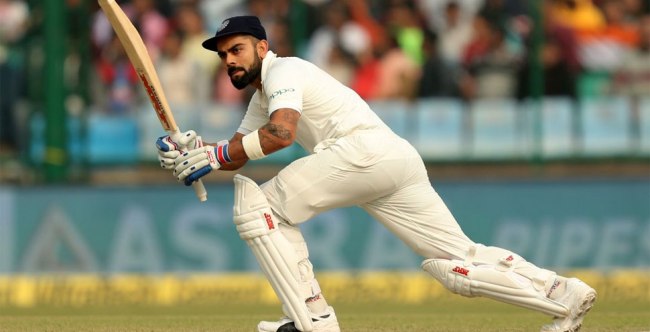 ADELAIDE (92 News) - India captain Virat Kohli spoke about his team's approach in the upcoming series against Australia, the significant loss of Hardik Pandya, and negating Nathan Lyon on the eve of the first Test in Adelaide on 6 December.
India have been slow starters on overseas tours recently in England and South Africa, but Kohli wants to change that. To that end, he has asked his team to become quicker in adapting to the conditions. "We are not looking to start tentatively," he said on Wednesday. "We all want to express ourselves and go out there and be positive. We want to bring our A-game in the first game and capitalise as the series goes on. "We don't want to wait to figure out what is happening with the conditions or the pitch. We need to read it really early and alter our game, which we couldn't do in the last two tours. "When we have done it, we have won games. We have to do it for longer periods to win a series, which is our goal. We want to be a consistent side and for that, we have to adapt quickly than in the past."

The hosts will continue without Steve Smith and David Warner, with both still serving bans for the ball-tampering incident in March. This is, therefore, considered India's best chance of winning their maiden series Down Under, but Kohli talked that down. "I personally don't think any Australian side is vulnerable at home," he said. "We cannot take any side for granted and more so Australia. Regardless of all the things that have gone by, their skill levels are still there. We'll have to be at our best to get the results that we want here. "As a side, we're looking to correct the mistakes from the last two tours. The focus is completely on our side." All-rounder Hardik Pandya, who sustained a back injury in September, will be unavailable for the Test series Down Under. Kohli admitted he was a big loss, but said his bowlers were capable of handling the extra workload. "Every side would like to have a fast bowling all-rounder, which we don't have now with Hardik injured," he said. "The workload on the guys who will play in the absence of the all-rounder will be high, which has been discussed. "Losing Hardik is obviously a bit of an issue, but I don't see that as a major issue. In Australia, you have to bowl really well even if you are an all-rounder to contain the batsmen." "The last time we played here, we had to be positive against him because he is such a good bowler – especially in these conditions," said Kohli. "He understands the pace of the wicket and the bounce it will give him, and where the fielders should be. He hits the bat harder and quicker than any other spinner I have faced in Australia. "You have to be at your best against their bowling attack. We are definitely not going to think too much about anyone, but we are also not going to be tentative. We have to back our game and we are confident of our skill set."