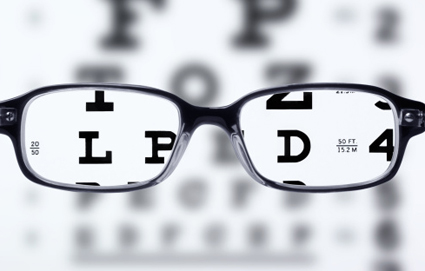 SEOUL - Vision loss was linked with suicidal thoughts or suicide attempts, in a new study from South Korea. “People with visual impairment often suffer substantial psychosocial consequences,” the authors wrote in the British Journal of Ophthalmology. “Ophthalmologists should embrace their responsibility to help reduce suicidality and prevent suicides in patients with low visual acuity by encouraging them to seek psychiatric care, especially in those patients who perceive severe stress because of their ocular disease,” the authors wrote. The study, by Dr. Tyler Hyungtaek Rim of the Institute of Vision Research at the Yonsei University College of Medicine in Seoul and colleagues, included almost 30,000 adults who underwent eye exams between 2008-2012. Participants also answered questions about their mental health, including suicidal ideation, suicide attempt and depression, as well as whether or not they had sought counseling. Overall, about 16 percent of participants reported suicidal thoughts during the previous year, and one percent had attempted suicide. Only four percent said a doctor had diagnosed them with depression, however, and only about two percent had received counseling for their mental health issues. In general, quality of life decreased as vision got worse. In fact, the participants with the poorest vision – profound low vision or no light perception at all - were two times more likely to have had suicidal ideations and three times more likely to have attempted suicide, compared to participants with normal vision. Dr. Byron Lam, a researcher at the Bascom Palmer Eye Institute at the University of Miami School of Medicine who wasn’t involved in the study, said the study is interesting and the increase in the suicide ideation within the Korean population related to vision is an important finding. “What's interesting about their paper is that they didn't find a connection with depression and we know that vision and visual impairment and depression is very well documented,” Lam said. Lam said that lack of a finding could be due to differences in the overall prevalence of depression in different ethnic or racial groups, or how depression is assessed. “I actually thought that finding was a little bit unusual because typically most studies that have been done have found that visual impairment is quite strongly linked to depression,” he said. Lam has previously compared vision loss to overall death rates, including unintentional deaths and suicide. “What we do know is that visual impairment definitely increases your risk for mortality, so having poor vision itself already increases your risk for mortality,” Lam said, “Possibly because you can’t perform activities of daily living well and you can’t exercise as much, or maybe it’s harder for you to go to the doctor.” Lam said the current study adds to the idea that visual impairment doesn’t end with not being able to see, and it actually has many ramifications on a person’s life. “I think it speaks to the idea that doctors have to be aware, families need to be aware of these implications,” he said. - Reuters