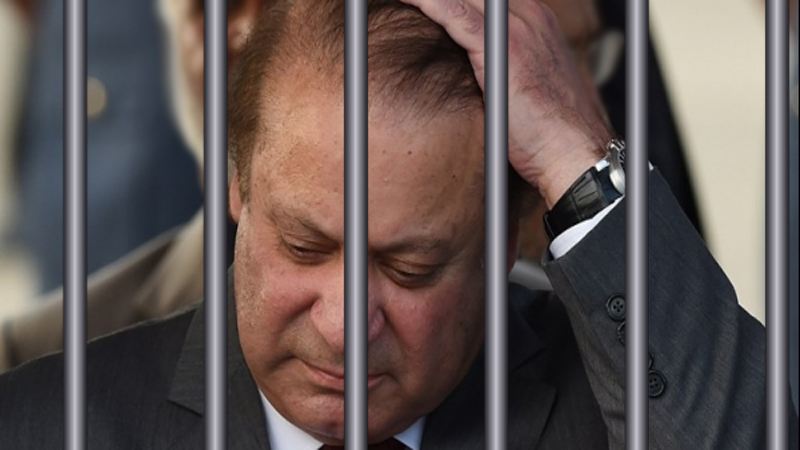 LAHORE (92 News) – The visitors are allowed to meet with convict former prime minister Nawaz Sharif today (on Thursday) in Kot Lakhpat jail. As per details, the family persons, political leaders and the lawyers are expected to meet with Nawaz Sharif. It is worth mentioning here that the visitors will meet with Nawaz Sharif after permission of the jail superintendent. However, the strict security arrangements held during the meeting day of Sharif family in jail. The meeting will be held in the room of the prison superintendent. The visitors should have CNIC for meeting with the former premier and none could be allowed without CNIC. The persons who will come to meet with Nawaz Sharif must follow the rules and regulations of the prison schedule. On Monday, Maryam Nawaz met former premier Nawaz Sharif in Kot Lakhpat Jail. In a long meeting, they discussed political and party matters. She had also brought meal for Nawaz Sharif from home. https://92newshd.tv/maryam-nawaz-meets-nawaz-sharif-in-kot-lakhpat-jail/ – IG prisons says Nawaz cleans his room in jail himself – Inspector General (IG) of Prisons for Punjab Mirza Shahid Saleem Baig said that the hard labour being taken from former prime minister Nawaz Sharif in jail is limited to cleaning his room. Baig said that Nawaz is a high-profile prisoner who cannot venture out of his barracks. To a question about Nawaz’s rigorous punishment, the IG prisons said the hard labour being taken from the former premier is as per jail manual rules. Earlier on December 24, an accountability court had sentenced Nawaz to seven years in prison in Al-Azizia Steel Mills corruption reference, while acquitting him in the Flagship Investment reference, arrested from courtroom. The court ordered that Nawaz be sentenced to rigorous imprisonment for a term of 07 year along with a fine if Rs1.5 billion and US$25 million. On Tuesday, former premier Nawaz Sharif filed an appeal in the Islamabad High Court (IHC) against his sentence in the Al-Azizia Steel Mills reference.   https://92newshd.tv/appeal-against-nawaz-sharifs-sentence-likely-to-be-filed-in-ihc-today/#.XC2eLmlS8dU A day earlier, the National Accountability Bureau (NAB) has filed a petition in the Islamabad High Court (IHC) against the acquittal of Nawaz Sharif in the Flagship reference. It stated that tangible proofs of Nawaz Sharif’s corruption were provided in the Flagship reference. “It is against law to acquit Nawaz Sharif by giving him the benefit of doubt. The court should sentence Nawaz Sharif on the basis of evidence against him,” it contended. https://92newshd.tv/nab-challenges-nawaz-sharifs-acquittal-in-flagship-reference/#.XC2eKmlS8dU