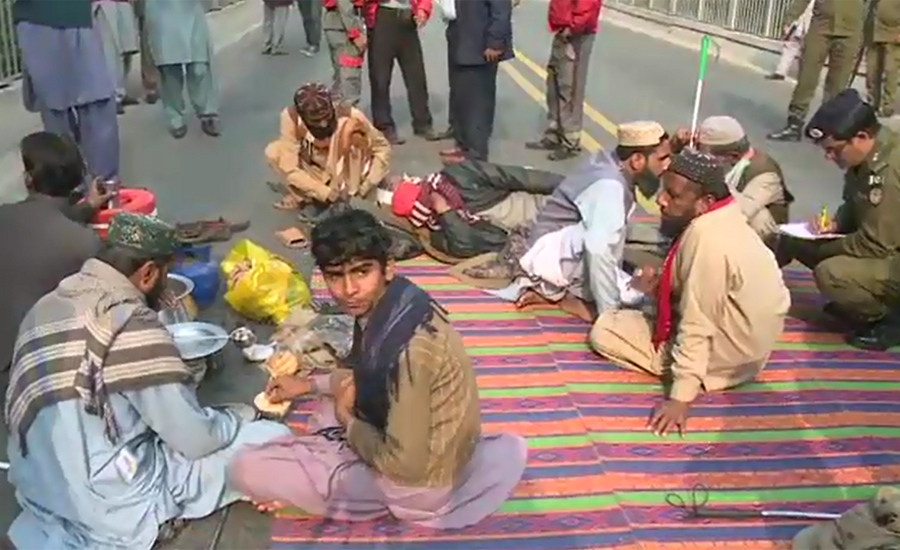 LAHORE (92 News) – Visually-impaired people staged a sit-in and one again blocked the Metro Bus track to press for their demands, including job quota. Owing to the blockage of the track, Metro Bus service was suspended. People faced a lot of problems due to the suspension of the service. The protesters chanted slogans in favor of their demands.