Voges concussed after struck on head by bouncer 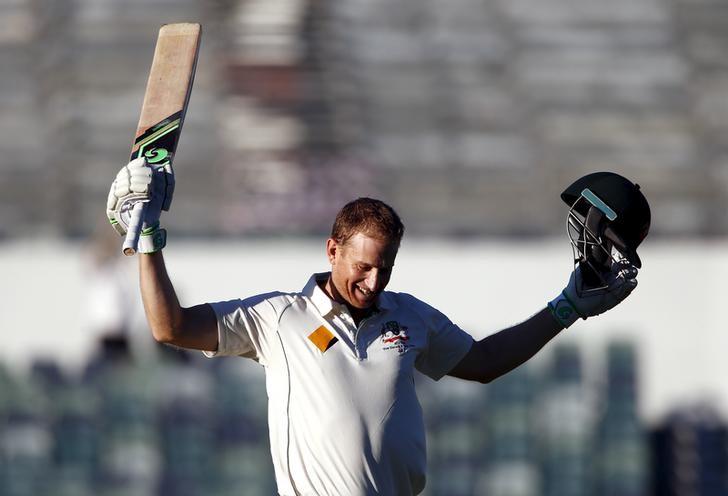 Voges concussed after struck on head by bouncer

SYDNEY – Australia batsman Adam Voges was taken to hospital and diagnosed with concussion after being struck on the head by a short-pitched delivery while batting in Western Australia's Sheffield Shield match against Tasmania in Perth on Thursday. The 37-year-old, fighting to retain his place in the test side after a lean run of scores, was struck on the helmet by a Cameron Stevenson bouncer when on 16 before lunch on the first day. The incident raised grim memories of former test batsman Phillip Hughes, who was killed by a short ball during a Shield match in Sydney two years ago.
"Voges has been diagnosed with concussion," the Western Australian Cricket Association tweeted.
"He is ok, naturally a bit groggy. Being monitored by medicos. Ruled out of rest of game." Voges dropped to his arms and knees after being hit and received medical treatment, the Sydney Morning Herald newspaper said, before he was helped off the ground by trainers. The Western Australian missed most of an English county game for Middlesex in May after suffering concussion when he was hit in the head by an errant throw from the boundary. Australian cricket was plunged into mourning in 2014 when Queenslander Hughes died in hospital at the age of 25 after he sustained a severe head injury batting in a domestic match. Hughes's death raised a fierce debate over player safety, particularly for batsmen facing fast bowling that regularly exceeds 140 km per hour. –Reuters