Volkswagen in full-blown crisis as CEO vows to fight 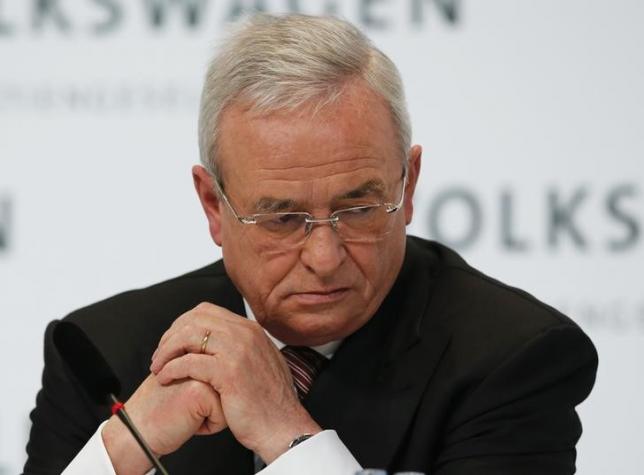 Volkswagen in full-blown crisis as CEO vows to fight

BERLIN - Volkswagen (VOWG_p.DE) has plunged into a full-blown leadership crisis after Chief Executive Martin Winterkorn let it be known on Saturday he will fight for his job even though the carmaker's chairman has reportedly withdrawn confidence in the CEO. Ferdinand Piech, who has spent almost 22 years at the helm of VW, nine as CEO, said he has "distanced" himself from Winterkorn, Der Spiegel reported on Friday, exposing unusual dissent between VW's two top leaders. Piech's remark is viewed by analysts as undermining the CEO's prospects of renewing his contract, due to expire in December 2016 and to become chairman himself when Piech retires. It comes as VW is seeking to cut billions of euros of costs to boost profitability at its troubled core division while struggling to forge a long-planned alliance of truck brands and to revive operations in the United States. Winterkorn, who in his eight-year reign has overseen VW's transformation from a struggling German group saddled with high labour costs into one of the world's most successful automotive companies, will not run away from his job and feels emboldened by support from strong allies, two sources at Wolfsburg-based VW told Reuters on Saturday. A spokesman for Volkswagen declined to comment on the report. Piech's office in Salzburg, Austria, didn't return calls seeking comment. Germany's Frankfurter Allgemeine Sonntagszeitung reported earlier on Saturday that Winterkorn would not allow himself to be edged out of VW, citing unnamed sources at the carmaker who refereed to his successful track record as CEO. Under Winterkorn's watch, VW has expanded from eight to twelve brands, more than doubled the number of production plants to over 100 and boosted sales 64 percent to a record 10.1 million vehicles last year. The state of Lower Saxony, where VW is based and which owns a fifth of VW's voting shares, as well as the carmaker's labour leaders who represent half the 20 members on VW's supervisory board on Friday came out backing Winterkorn. Together they have majority control of the panel which appoints and dismisses executives. Important decisions such as the building and shuttering of plants need a two-thirds majority. Still, VW's chairman has a track record of undermining his own executives. In a Wall St Journal interview published in March 2006, Piech, already chairman of the supervisory board at the time, said it was an "open issue" whether the contract of then-CEO Bernd Pischetsrieder would be extended because of opposition from labour representatives. In November 2006, VW announced that Pischetsrieder had agreed to resign, and in 2007 it installed Winterkorn, then a close ally of Piech and head of VW's Audi division. In 2009, Piech publicly damaged the reputation of Porsche CEO Wendelin Wiedeking and chief financial officer Holger Haerter. Both executives quit within two months. - Reuters